Ah dumb, innocent youth. I remember back when I considered Robert Leon 'Butch' Huskey one of the young stars in the Mets lineup. And then he was traded for Leslie Brea. Actually, Huskey was considered a pretty good prospect -- hence the card -- garnering comparisons to a young Mark McGwire thanks to his prodigious power. He was thrice listed on the Baseball America Top 100, climbing up to #54 overall in 1992.

Honestly, Huskey had a few of all right seasons as the righty end of a corner outfield platoon, highlighted by a 1997 season where he appeared in 142 games and batted .287 with 24 home runs and a .217 ISO. However, even then he only posted a .317 OBP indicating the key to his problems, a career on-base under 30%. In total he was about a cumulative 2 WAR player for the Mets over four seasons which in prospect terms is a success. After being traded in 1999, Huskey went on to play two more so-so seasons between Seattle, Boston, Minnesota and Colorado before failing to make the Indians out of spring training in '01 and retiring at age 29.

Some more interesting facts about Butch: 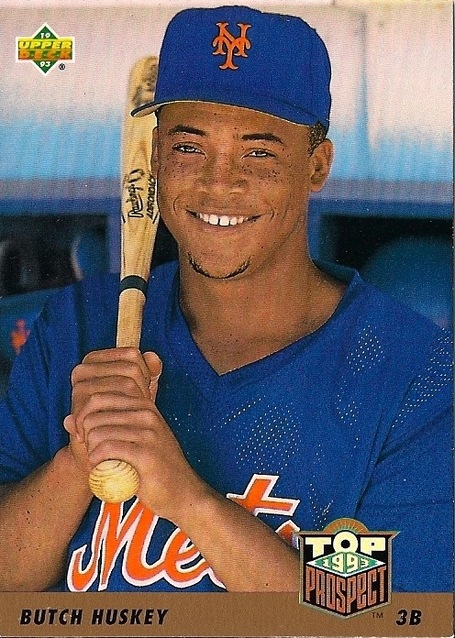 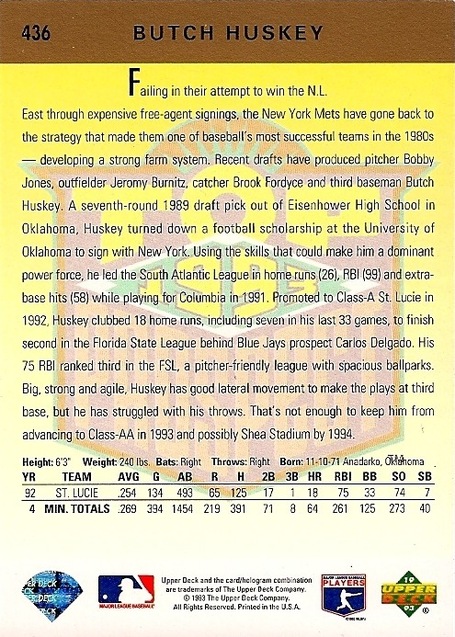