Suffice to say, there are few Mets fans who like the Phillies. There are few Mets fans who can even tolerate the Phillies. The rivalry never really was there until 2007, when the Mets and Phillies were both good for seemingly the first time in both their histories. So, instead of a slowly simmering rivalry, like the Yankees and Red Sox have, our rivalry with the Phillies suddenly flared up, and burns very, very hot. Regional proximity and being in the same division play a factor in the reason we don't like the Phillies, but there's also another reason: so many of their players are douche bags. It made me wonder, what Philladelphia Philly do we dislike the most? 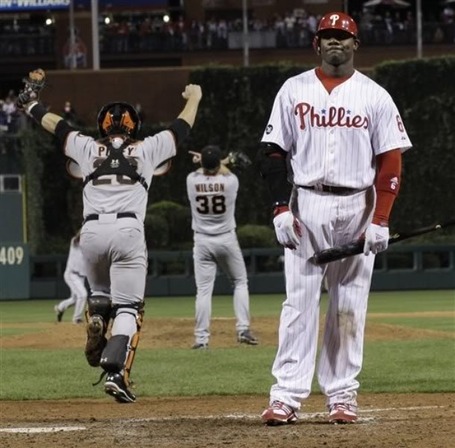 Why We Hate Him: Eh, like Chase Utley, there aren't too many reasons to hate Ryan Howard. He never particularly opened his mouth and said dumb things. Sure, he seems to always be hitting home runs and scoring runs against us, but he strikes out against our LOOGYs and an equally impressive pace. If anything, we should be thanking him, because Ryan Howard and his contract spawned: 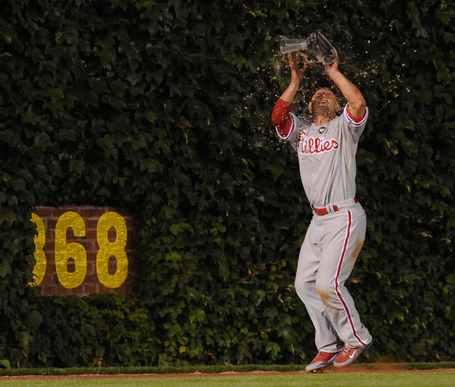 Why We Hate Him: In a December 11th, 2008 interview on WFAN, Cole Hamels revealed that the Phillies disliked Jose Reyes home run celebrations- shaking hands and giving other players high five outside and within the dugout. When Victorino hit a grand slam home run off of C.C. Sabathia in the NLCS against the Brewers, he stuck his finger in the air and pumped his fist as he rounded the bases. Afterwards, fellow teammates mocked him for acting like Jose Reyes, of whom Victorino has certainly been an outspoken critic of. And, speaking of Jose Reyes...

On May 7th, 2009, Victorino was involved in a run down between first and second bases. The first-baseman Carlos Delgado ran Victorino towards second, and then flipped the ball to Jose Reyes, who was covering second. Victorino knew he had no chance to escaping the run down, so he resorted to foul play. Before Reyes could apply the tag, Victorino hurled himself at Reyes, elbowing him in a move reminiscent of John Cena's "wrestling". Reyes was called for interference, and Victorino was safe- he even went on later to score. The Mets eventually won that game, so no harm, no foul- except for the foul taste it left in my mouth.

On August 12th of that same year, noticing that Victorino seemed parched because of the sun beating down upon him at Wrigley Field, a nice fan decided to share his beer, throwing his plastic cup over the Victorino to take a few quick sips from. In his clumsiness, partially because he was in the middle of catching a fly ball, Victorino spilled the beer, which got all over him. Rather than replace the expensive ballpark fare the fan lost, Victorino had that fan thrown out of the game, and filled out a police report, leading to that fan being charged with two misdemeanors.

On May 1st and 2nd, 2011, he seemingly took his douchiness to a new level. According to Adam Rubin, Shane Victorino claimed to break the news of Osama bin Laden's death to his fellow players in the dugout. However, on the Mike and Mike in the Morning show on ESPN Radio, it was claimed that a trainer in the dugout broke the news to the team. That's poor, Dicktorino. That's poor. 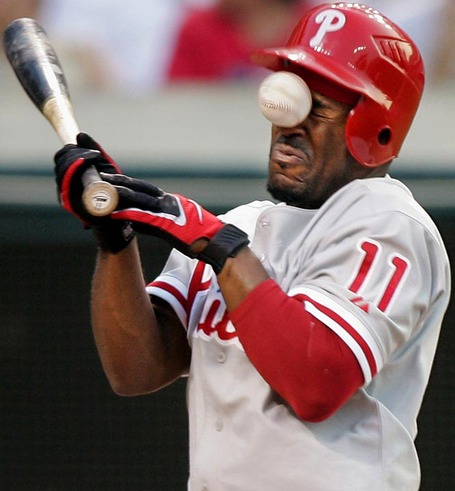 Why We Hate Him: In January 2007, while being interviewed by ESPN, Jimmy Rollins said, "I think [the Phillies] are the team to beat in the NL East- finally. But, that's only on paper." Keep in mind, the 2006 steamrolled over the competition, notching the best record in baseball (97 wins, tied with the Yankees), finishing 12 games ahead of the Phillies. When the Mets started off hot, while the Phillies stumbled, it looked even more like Rollins stuck his foot in his mouth.

As we know well enough, the Mets let the division slip from their hands at the end of the year, while the red-hot Phillies came from behind to leap-frog over the Mets in the standings on the last day of the season. To give credit where credit is due, Rollins did have a good season, posting a career-high 6.3 fWAR. In addition to the Gold Glove and Silver Slugger Award that he won, Rollins was awarded the National League Most Valuable Player Award. Because of his bullshitting at the beginning of the season, David Wright was robbed of that award, which was clearly his. Compare their lines for the 2007 season:

When the 2008 season started, and Carlos Beltran confidently stated that the newly acquired Johan Santana put the Mets over the top, Rollins had this to say, "There isn't a team in the National League that's better than [the Phillies]. The pressure's back on [the Mets] if you ask me. They were on paper the best team in the division last year and they were supposed to win, and they didn't. One, there are four other teams in our division who are going to make sure that doesn't happen, and two, has anyone ever heard of plagiarism? That was pretty good, especially coming from him. He's a quiet guy, so it was probably shocking when he said it. Not shocking in a bad way, like 'Wow, I can't believe he said that.' More like, 'Wow, he finally said something because he's a leader on that team and you definitely need to be a vocal leader." In the same paragraph, he dissed both the Mets, and Carlos Beltran. The Phillies went on to win the World Series that year, and during the city's victory parade, Rollins opened his mouth once more. Poking fun at the Mets once again, he said, "A lot of things were made in the off-season. We can talk about the New York Mets. They brought in that great pitcher, Johan Santana, but they forgot that it takes more than one player to bring home a championship." 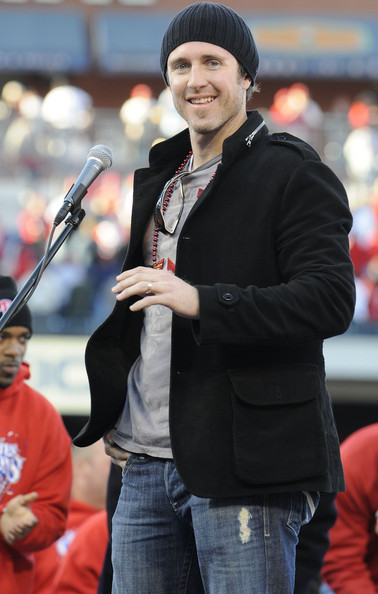 Why We Hate Him: Well, we don't, really. Of the Philladelphia core, Utley has always spoken softly, but carried a big stick. At worst, on September 24th, 2010, he made a late slide at second base to break up a double play that took out rookie Ruben Tejada. David Wright, Mike Pelfrey, and Carlos Beltran all felt the slide was dirty, and R.A. Dickey had this to say: "I came in here and looked at it on tape. It's better to ask a position player. I don't know, as a pitcher, the etiquette about around the bag. He waited to slide until he was even with the bag. And if that makes it dirty, then it was dirty. I mean, that's a fact. It's not me giving my opinion. That's what happened. He took our second baseman completely out of the game. Some people probably view that as a good, hard-nosed play. Other people probably have the opinion it was dirty; he could have done it differently and still gotten the same result. If you deem as a team that it's a dirty play, then you should take action. Absolutely. You've got to protect your teammates, for one. And you've got to show the other team you're not going to roll over and let them step on your neck. That's just part of the game. Any game. You don't want to ever be a team that has the reputation you can be kicked around and you're going to go back into the dugout at the end of the game with your tail between your legs." To his credit, Utley did indeed ask if Tejada was alright after getting up and going back to the dugout.

Why We Hate Him: While being interviewed by Evan Roberts and the indomitable Joe Beningo on their radio show on December 11th, 2008, Cole Hamels was somewhat goaded into calling the Mets "choke artists", because of their 2007 and 2008 collapses. According to Hamels, "For the past two years they've been choke artists...Last year and this year, I think we did believe that. Three years ago, we didn't because they smoked everybody, and I think we all thought they were going to win it all. Unfortunately that didn't happen. But, yeah, that's kind of what we believed and I think we're always going to believe that until they prove us wrong."

There certainly is some resentment towards Hamels because of the fact that, in 2006, 2007, and 2008, he was their main workhorse ace, responsible for the Phillies eeking into the playoffs in 2007 over the Mets, and being lights-out in the 2008 post-season, resulting in a Philladelphia championship. A day after Hamels pitched an impressive eight innings against the Washington Nationals, striking out 13 batters, John Maine had a masterful performance, arguably the best in his entire career, throwing 7.2 innings against the Florida Marlins and striking out 14. Upon notching his 14th strike out, the normally even-handed and neutral Gary Cohen exclaimed, "Take that, Cole Hamels!"

Who is your least favorite Philly?