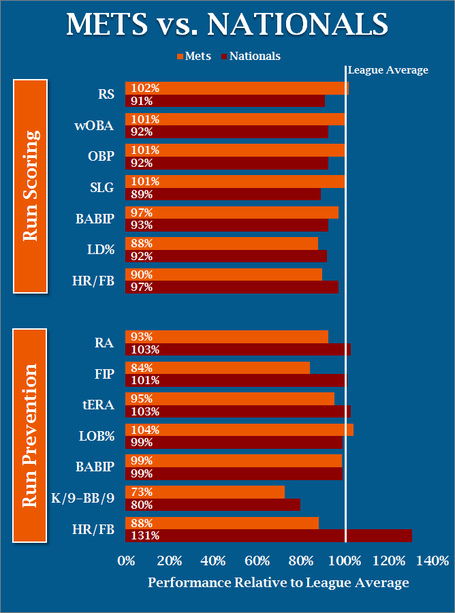 After dropping a game to Josh Johnson and the Marlins, the Mets (19-22, 6.5 GB) start another two-game homestand tonight against the Washington Nationals (20-21, 5.5 GB). Both teams have played equally well over their past 10 games, going 6-4.

The Mets enter the series with the better offense (174 RS vs. 157), but they still don't have Ike Davis and David Wright has just started his DL stint. That being said, Justin Turner has been unreal of late and a nice surprise given the injury-plagued starters.

Here's hoping they can manage a few of those this series.