That Would(n't) be a Home Run in [Stadium Name]!

Share All sharing options for: That Would(n't) be a Home Run in [Stadium Name]! 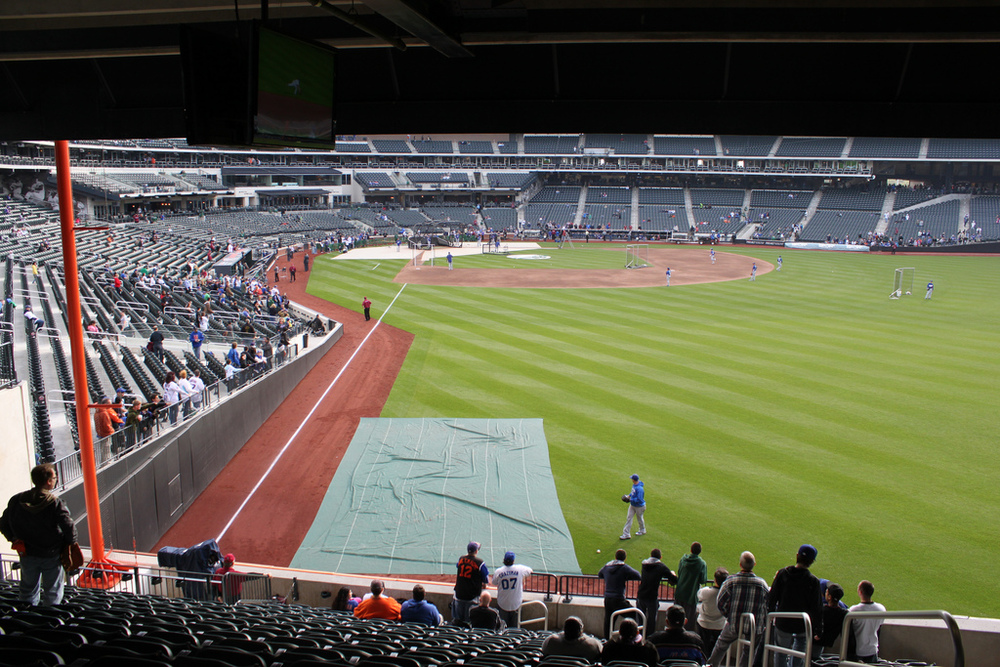 Last night, R.A. Dickey gave up his lone run on a home run that just barely escaped the reach of Carlos Beltran. It was a home run that by major league standards was not very impressive. Thanks to the layout of the outfield wall at Yankee Stadim 3, however, it was indeed a home run. There were undoubtedly many Mets fans whose reaction was something along the lines of, "that wouldn't be a home run at Citi Field."

A couple weeks back, the Dodgers were in town, and Carlos Beltran drove a ball to the right-center field gap that must have traveled about 405 feet. Given the layout of the outfield wall at Citi Field, it was not a home run and rather amazingly tracked down by Los Angeles right fielder Andre Ethier. The cries after the play sounded something like, "that would be a home run anywhere else."

The thing about both plays and countless others that have taken place in Mets games is that they all happened where they happened. Every single ballpark and playing field in Major League Baseball is unique, and that's one of many things which separates baseball from the rest of professional sports and makes it the best of them all.

Sure, Citi Field's outfield may be unnecessarily quirky, but there are plenty of other places where very strange things can happen to a batted ball. There's a part of Fenway Park where a 415-foot fly ball can be an out, but there are some very cheap home run opportunities down its left field and right field lines. Fly balls to left field in Philadelphia and right field in the Bronx are more often than not home runs. Regardless of the park, though, both teams play each game under the same conditions.

Unless people believe that the fences should be uniform in all of baseball and each and every fly ball is evidence in support of their crusade, can Mets fans stop pretending that every single long fly ball we see in a Mets game could hypothetically be transported to an entirely different ballpark dozens, hundreds, or thousands of miles away and would produce a different result?