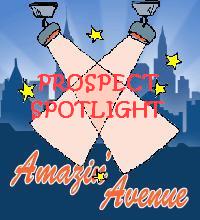 For those of you who caught my interview with him this winter, you know that he's relatively new to the organization. I likened him to a lower minor league version of Justin Turner: A versatile infielder and previously high round draft pick (sixth) out of a baseball powerhouse (Georgia Tech) who was also prematurely cut by his organization (Atlanta). Also like Turner, early in 2010 Omar nabbed Fisher as a minor league free agent after he was surprisingly released by the Braves after just two full seasons in their system.

'(The release) came out of the blue. I’m still not sure what happened', Fisher stated. From Atlanta's point of view, they saw a kid with a so-so glove and nine career homers who failed to break a .300 SLG in '09. I still wouldn't have dropped him but that's not quite the recipe for a future major leaguer.

But then something happened.

The following spring with Savannah, Fisher knocked three bombs in his first month. Then he got the call up to St. Lucie and hit three more. Same story when he was called to Binghamton. In just over 250 ab's he had more than doubled his previous high in homers. He finished the year with a .262 ISO, compared to a career mark around .070. And thus far in 2011 he's slugging well over .500. Quite a change.

According to Fisher himself during our interview, he actually did make a change that fateful offseason:

'I was working in the offseason with Ben Zobrist and he was was just helping me out. He said that his power numbers went up big time when he started working with a rotational hitting kind of thing; basically just getting more power out of your swing and pretty much swinging really hard and if you hit it, it'll fly.'

You can Google rotational hitting but it's basically a school of thought that preaches more power through increased rotation of the the trunk -- the torso, hips and upper legs. And it seems to have worked for Fisher -- not to mention the Zorilla.

In fact, reading into Fisher's comments, we can pretty well track the changes he's made and their results. From his description, he states that he's swinging harder now which would explain his jump in K% in 2010 as well as career lows in BB% during his last couple stops. Fortunately for Fisher this tradeoff has meant more than a slight increase in power which has really put his name on the map. 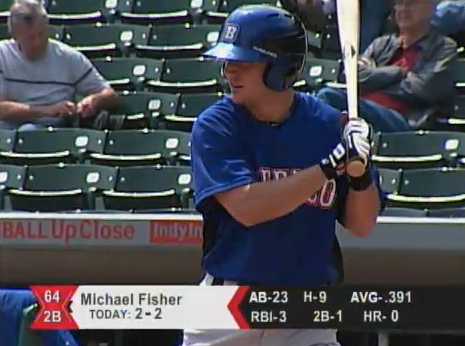 Fisher has mainly played third for the Bisons, however his value -- and likely the primary reason he was selected over Binghamton's hot-hitting Josh Satin -- is his defensive flexibility. Not only can Fisher play first, second and third but unlike Satin, Fisher was featured at shortstop during 2010 as well. Hell, the guy even pitched an inning for St. Lucie.

The fact that he can capably handle any of the infield positions, coupled with the increased potency of his switch-hitting bat is what makes him a viable candidate to one day appear as an effective utility man in the majors one day. As with Turner, Mets fans should give credit where it's due on a nice little pickup by Omar.