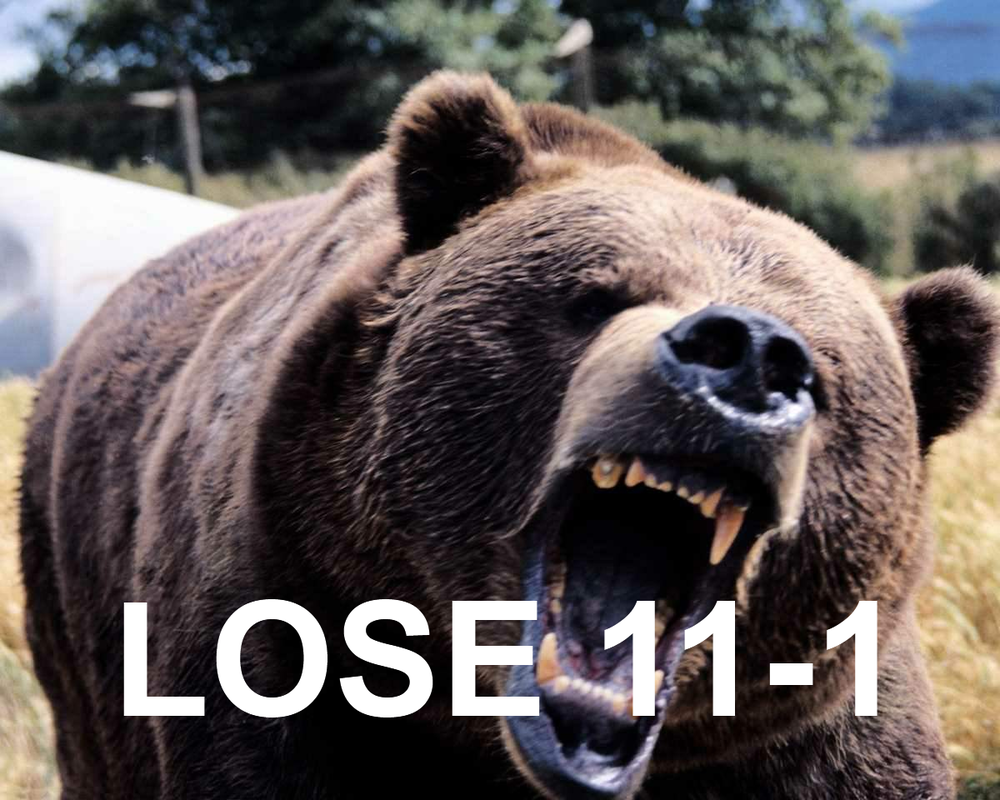 After two full days of Fred Wilpon coverage, the Mets had the opportunity to shift the focus of everyone's attention back to baseball when they began their game in Chicago tonight. Instead, they did the polar opposite.

It didn't take very long for this game to go down the drain. The Mets' defense and Jon Niese combined to allow five runs in the second inning in glorious fashion. The inning began with a dropped pop up by Ruben Tejada, an error that was officially ruled a hit. After Niese allowed a couple of actual hits, Daniel Murphy fielded a ground ball and made a good throw to the plate for what should have been an easy out, but the ball popped right out of Ronny Paulino's glove. The run scored on the play, of course, and the Mets had their first official error of the game. A couple hits later, the Cubs were up 5-0, and that was way more than enough for them to win the game.

The only glimmer of hope for the Mets came in the fifth inning when Ruben Tejada hit the ball about as far as he can, doubling off the left field ivy. After he was bunted over by Niese, Tejada scored on a Jose Reyes infield single. Reyes' night at the plate was one of the few good ones. The scoring ended there, however, and the Mets' threat was no more.

The Cubs added a run in the bottom of the inning on a Starlin Castro triple. Not to take anything away from Castro, but he got to third on the hit largely because Carlos Beltran misplayed the ball as it landed in front of him in right field and bounced off the wall behind him. Maybe the play wasn't worthy of an error, but it definitely wasn't good defense, either.

Taylor Buchholz allowed a run to score in the sixth inning, but it wasn't entirely his fault. Buchholz put a couple guys on base, but after recording a strikeout for the second out of the inning, Paulino tried throwing behind the runner at first base and threw the ball into right field. Remember when Josh Thole's defense was bad?

Buchholz hit Aramis Ramirez with one out in the seventh, and Pat Misch was called upon. The inherited runner and three more scored in the inning. Fernando Martinez made an error during the inning. Why was he in the game? Because Jason Bay was hurt, of course! He left the game with a stiff right calf. As disappointing as he has been since joining the Mets, Bay's absence for any significant amount of time would further weaken the lineup as he's been a significant part of their ability to score runs lately.

Mike O'Connor threw a scoreless eighth inning, and that should be noted since he was the only pitcher to appear in the game who did not allow a run. While all these bullpen pitchers were in the game, the lineup was doing nothing.

If you're looking for the silver lining from tonight, well, the weather forecast in Chicago is awful for the next two days. 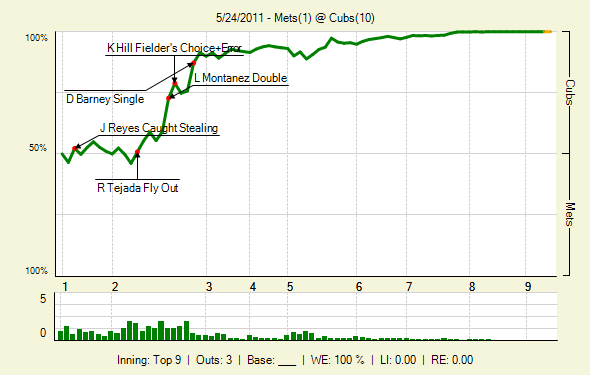