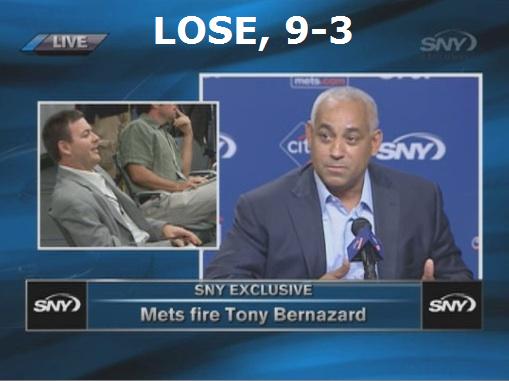 The Mets might have a new hotshot minority-stake owner, but they still don't have much offense and their pitching just got a bit worse. R.A. Dickey left the game in the third inning with a right heel injury, and Pedro Beato and Pat Misch conspired to allow seven runs on eight hits over the next 2⅓ innings to put the game out of reach.

Offensively, the Mets collected nine hits and four walks but struggled with runners in scoring position, going just 1-for-12 as a team in those situations and leaving nine men on base as a result.

What's more, Francisco Rodriguez was brought in to wrap up the bottom of the eighth inning after Jason Isringhausen ran into trouble, and he (Rodriguez) added another Game Finished to his 2011 resume, his nineteenth of the season, which puts him ahead of the pace to finish the 55 games required for his $17.5 million option for 2012 to vest.

The Mets have dropped four of five to the Yankees and Cubs and now head home to face the division-leading Phillies this weekend with far more questions than answers. 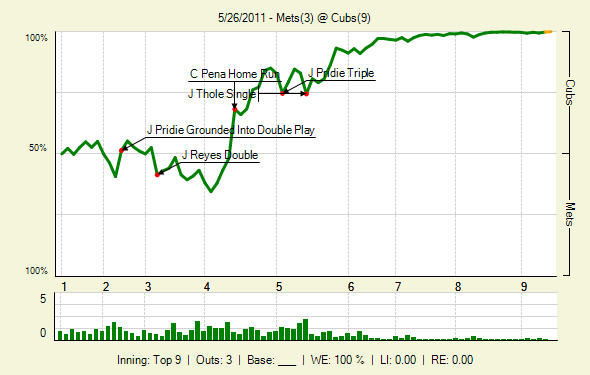