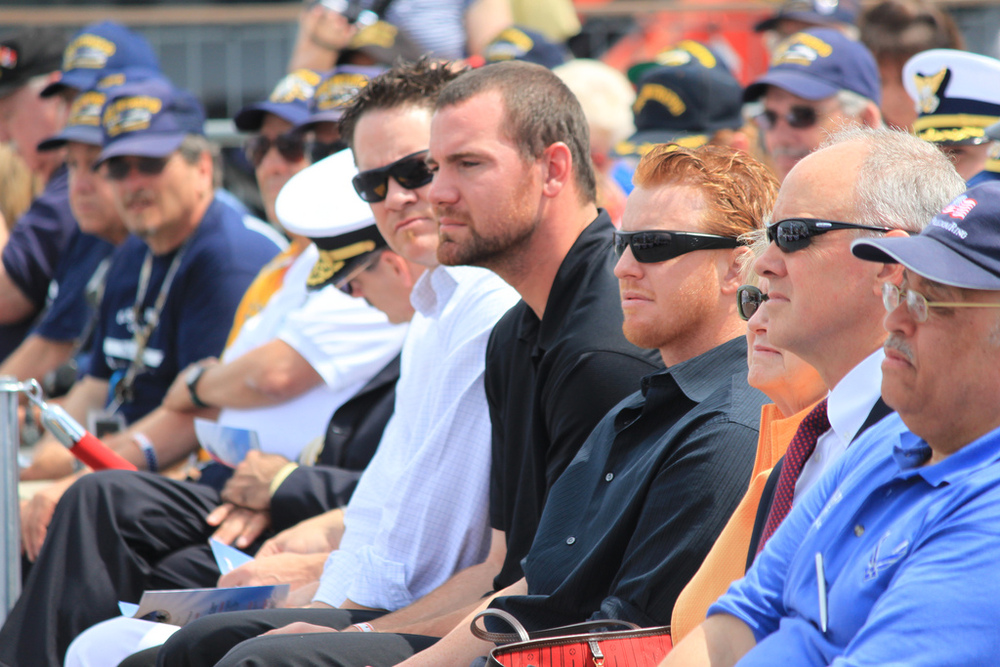 The Mets were very active on Memorial Day before their game began as they participated in one ceremony and held one of their own at Citi Field.

Yesterday morning, Sandy Alderson, Jason Isringhausen, Mike Pelfrey, and Justin Turner took part in ceremony aboard the deck of the Intrepid. The Intrepid Sea, Air, and Space Museum was packed, and the area of the deck used for the ceremony was no exception. Hundreds of people, mostly current and former military members and their families, attended, and many of them participated in the ceremonies. 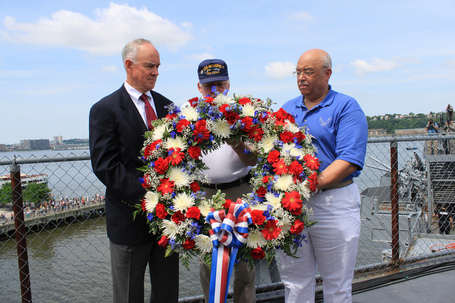 A large American flag was unrolled, there was a gun salute off the side of the deck, and a flyover followed to wrap up the ceremony. After that, I had the opportunity to speak to the three players and asked them about their participation.

This is unbelievable, to be a part of this great ceremony and recognize the men and women who sacrifice their lives for our country and for us, and to be able to have the opportunity to do what we do every night.

It's a huge day, and people have given their lives and made a lot of sacrifices a lot of people wouldn't be willing to do. My dad and my step-dad were both in the military so any time you have an opportunity to come here and show your appreciation, you definitely have to take advantage of it.

Though every major news outlet in the city was present at the event, I didn't notice any of the Mets' beat writers in attendance. In fact, I overheard a reporter from the Daily News ask Sandy Alderson who he was.

Overall, the event was great, and the Mets' participation in it worked very well. Alderson served in the military for four years so it was fitting that he was part of the wreath-tossing ceremony.

Later in the day, the Mets went all out in honoring Veterans and active members of the military prior to their game with the Pirates at Citi Field. The ceremony began with a few songs sung by the USO Liberty Bells, seen here: 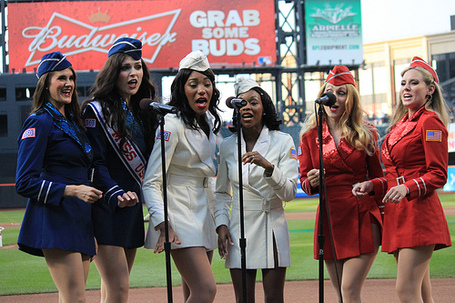 Next up was a joint enlistment ceremony for 16 new members of the Army, Navy, Air Force and Marines. 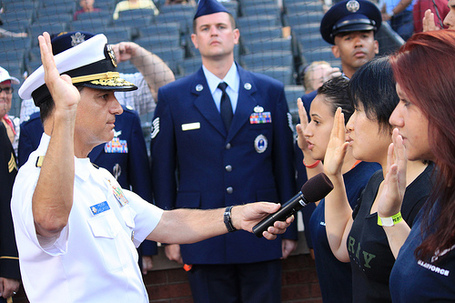 Followed up by children of military personnel reciting the Pledge of Allegiance: 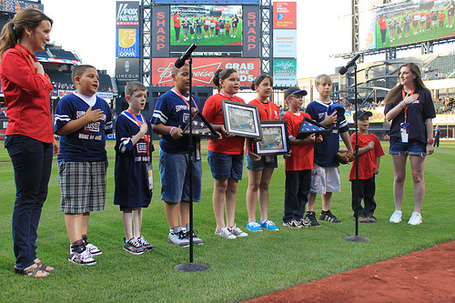 Then the Mets turned to the big screen in center field and put on a live feed of a group of troops from Afghanistan, several of whom had families in attendance at the game. The video link was a surprise for both the families and the troops and provided the most touching moments of the ceremony as the soldiers spoke to their family members. 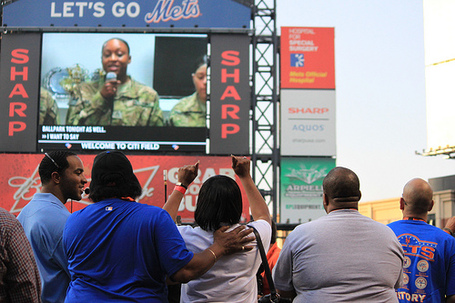 Mookie Wilson also expressed his gratitude to the troops: 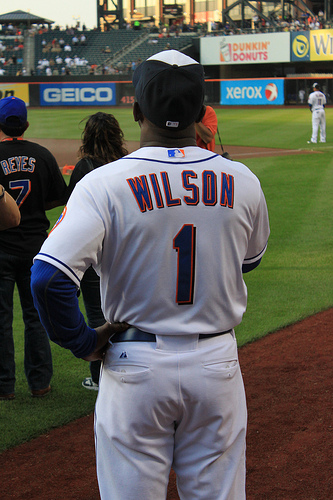 The US Marine Corps band played the National Anthem, which concluded with an incredibly loud flyover by two U.S. Navy F18E Super Hornets. 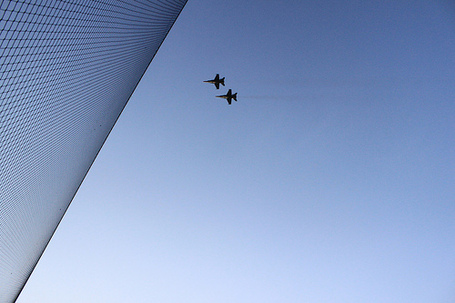 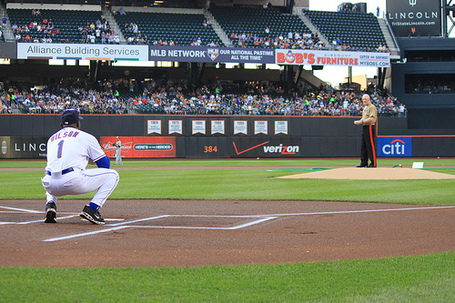 Sometimes these pre-game ceremonies at baseball games don't translate well in the stands, but it didn't seem that way from the field last night. The seats may have still been filling up, but those occupying them were very supportive of all the members of the armed forces honored before the game. From start to finish, Memorial Day was a job well done by the Mets.

Prior to the ceremonies, David Einhorn spoke to the media, and ESPN took video, which you can view right here.

Now for some more photos: 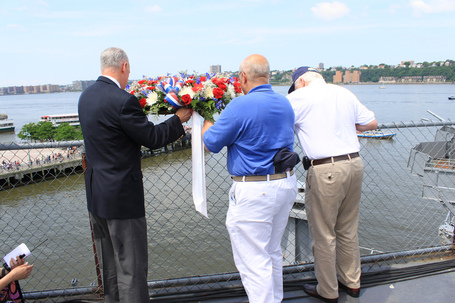 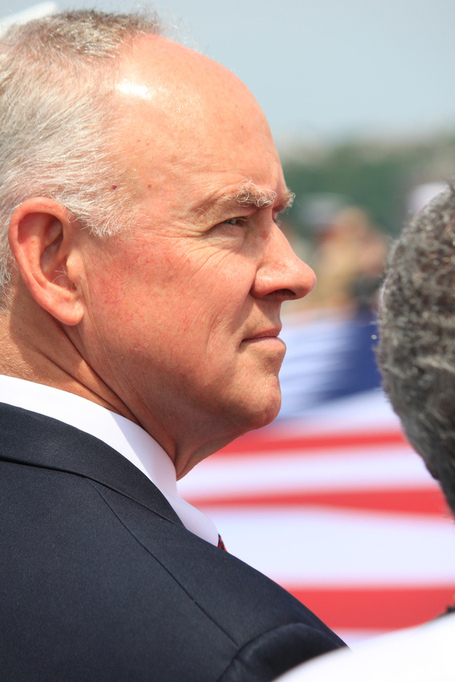 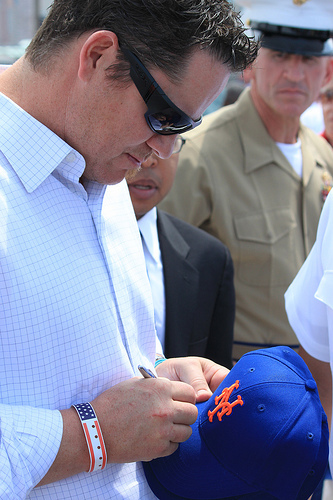 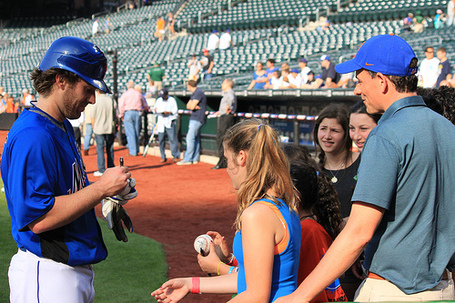 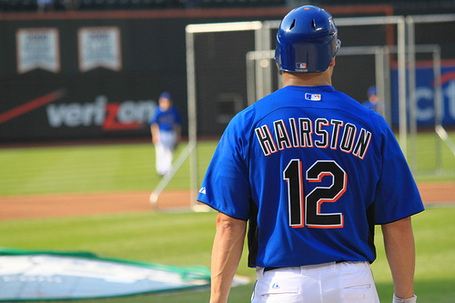 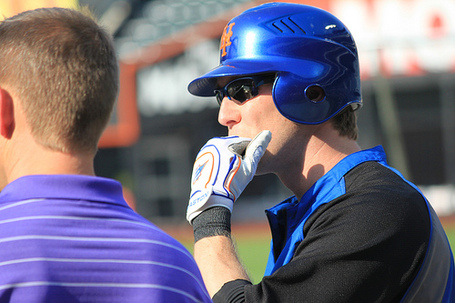 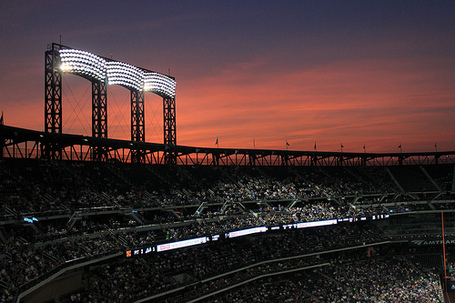 If you'd like to see the rest of my photos from the events, you can check them out on Flickr: