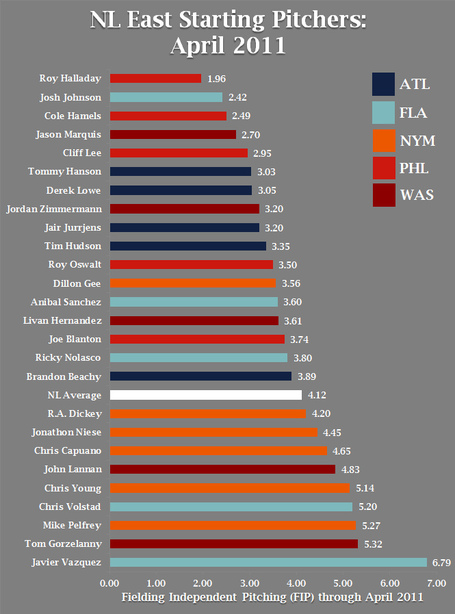 In response to my last post comparing starting position players in NL East through April there was a flood of requests to do a similar visualization for pitchers. Ok, ok, it was just one commenter. Regardless, what the people want, the people get.

So without further delay, I present for you NL East starters with >=10 innings pitches and their fielding independent pitching (FIP) numbers through April.