Share All sharing options for: This Date in mets.com History: 5/6/06

It's been a while, but welcome back to This Date in mets.com history. It's no longer possible to pull complete versions of the team's website from the Wayback Machine, but the Mets have preserved their old stories on their current site for our viewing pleasure. Without further ado: here's a story from the Mets' official website from five years ago today: 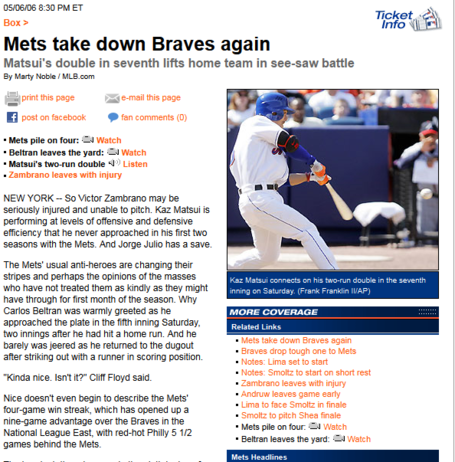