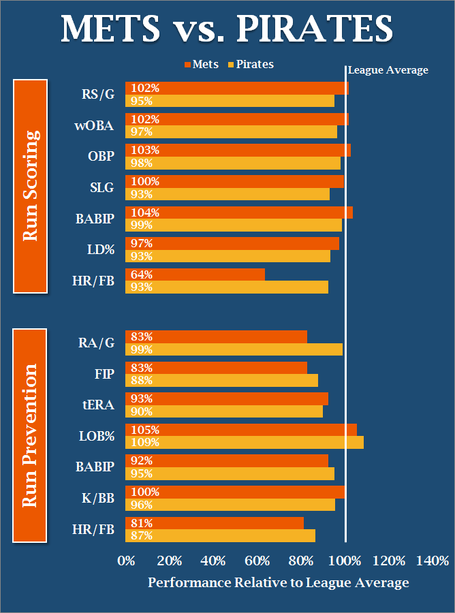 It seems like only yesteday that these two teams went head-to-head. Oh, wait, it was last week. The Mets split the previous four-game series with the Pirates at home.

Suffice it to say these are two very similar teams. Both are at or near league average in many offensive categories. The Mets have slugged a bit better, but the Pirates have made more of their fly balls so far this year.

Pitching and defense-wise, neither has lit it up and generally speaking are pretty similar.

If the Mets' bullpen can manage not to implode there's a good chance they can win this series and climb over the .500 hump.