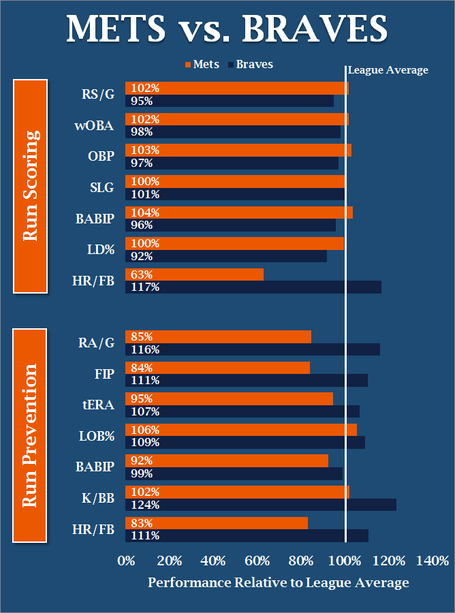 Both teams have played well of late. The Mets starting pitching has performed much better the last few weeks, but Atlanta's ability to prevent runs is still 16% better than league average (second only to the Athletics in all of baseball).

Meanwhile, the Mets still can't seem to hit home runs at an average pace, and that likely won't improve against a staff that gives up 11% fewer home runs per fly ball than the league average.