Share All sharing options for: This Week In SNY, Featuring Darryl Strawberry's Entourage, Dickey Profanity, And A Budding Burkhardt Bromance

It's time for Amazin' Avenue's sixth most popular regular feature, This Week In SNY!

If this is Darryl Strawberry's entourage these days, something tells us his wild times are a thing of the past: 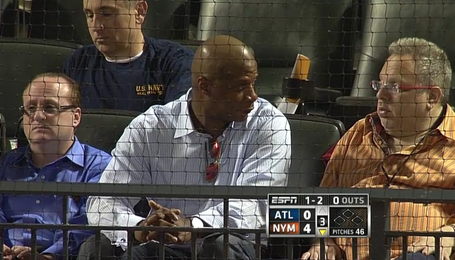 Our man R.A. Dickey said a bad word after Frank Rodriguez gave up a ninth inning home run to Diory Hernandez. There is no video but here is a screengrab of the Dickster mid-swear: 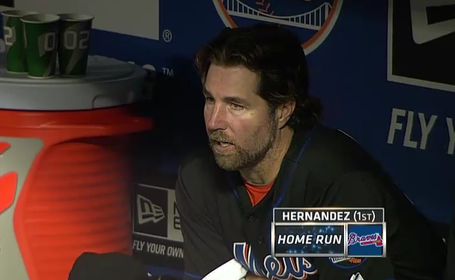 It reminded of that scene from A Christmas Story which ends with Ralphie chomping on a soap bar. The well-coifed Dickey can make profanity look suave.

We appreciate everything about Bernie Brewer except his MC Hammer-style "I just pooped myself" pants: 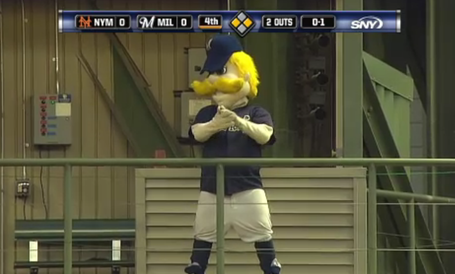 Daniel Murphy, out by an eyelash! (the catcher already has the ball here): 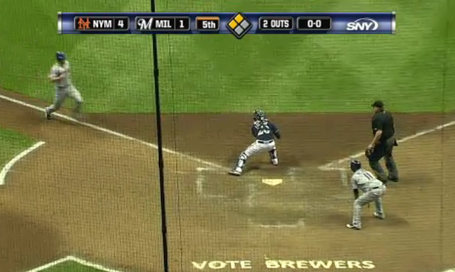 Let's check in with Kevin! Back in April, TWIS covered the budding bromance between Burkhardt and actor Stephen Collins (star of the old WB show 7th Heaven). Collins is a fan of the Mets and SNY. He and KB shared a couple tweets this past week:

It is inevitable that Collins spends a half inning on-air as interview subject while all kinds of relevant game action takes place in the background.

Finally, let's close with another example of the powerful Amazin' Avenue/@jameskann/This Week In SNY lobby. A few weeks back we called for the return of former Metsblog contributor Mike Nichols to his old stomping ground: 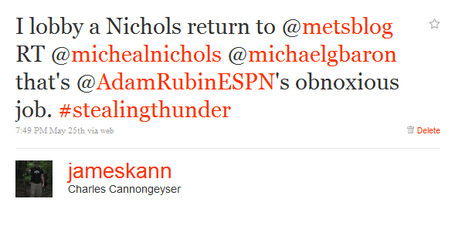 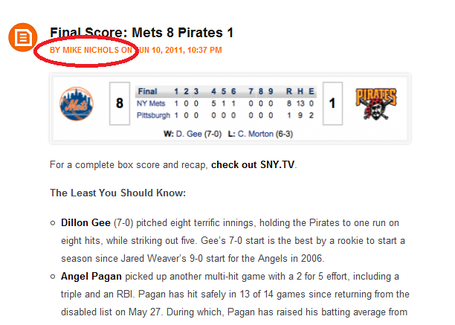 Coincidence that Nichols returned and the Mets won in a rout? No, ma'am! He's back with a vengeance.