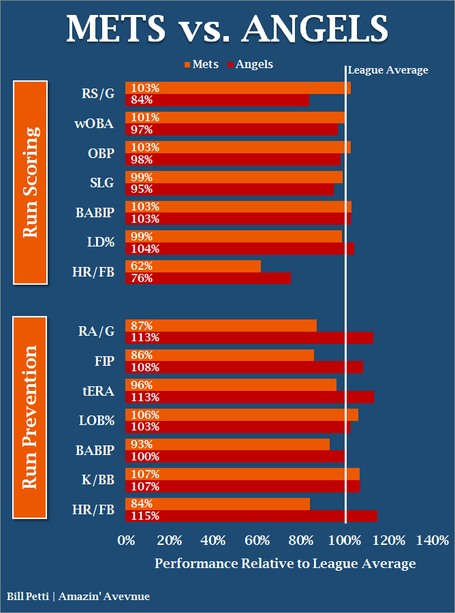 Tonight at Citi Field, the Mets (34-35, 9.5GB) begin a three-game series against the Angels (33-37, 3GB). This is also the first of three-straight series against AL West opponents.

The Angels and Mets are similar teams in terms of record and run differential, but they've arrived their in opposite ways. The Mets have leaned on their slightly above average hitting to compensate for below average pitching. The Angels have relied on one of the better pitching staffs in the league to overcome as much as possible their below average run scoring.

The Mets starters for this series have been better of late than their Angel's counterparts, so I'll say the Mets should take two out of three before welcoming the Athletics to town.