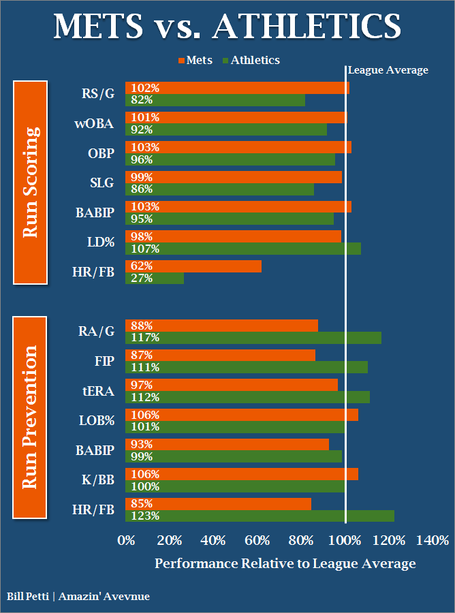 The Athletics have been one of the elite run prevention teams this year, although injuries and regression have slowed them of late. The Mets' starting rotation has improved over the last month, but is still 12% below league average. However, the staff is now 6% better than league average in terms of K/BB, which is a very encouraging sign.

Given the utter lack of home run pop in either lineup I wouldn't expect many offensive fire works.

I'll take the Mets to win the series.