NORFOLK 2, BUFFALO 4 (Box) When Rob interviewed Zach Lutz back in January, he asked the power-hitting third baseman about his ability to stay healthy. "Well first off my foot is feeling the best it's ever felt," Zach began, understandably defensive after last year's two-month stint on the DL. "I don't really consider myself injury-prone," he went on. "I just kind of had some bad luck." Last night Zach airmailed the fifth pitch he saw for his fourth home run of the year. He's been raking since his return from, yes, a couple weeks on the DL (hammy): 3 homers in his last 5 games, a .917 OPS in Buffalo, and a possible ticket to the bigs in sight if Turner keep cooling and Wright makes a slow return. Well, let's hope it's absolutely nothing, but last night Zach took a pitch to the head. "It him in a good spot," reported his skipper. "Right near the ear and there's not much padding on the helmet there. He still has a little headache, but we'll be able to tell more tomorrow." I am honestly unsure whether by "good" Teufel means "bad," or not. Lutz left the field under his own power and, again, there's a good possibility of an undramatic, unconcussed conclusion. My friend, here's hoping for cautious rest and a productive return to the Herd.

F! also homered, in case you Misched it.

GAME TWO: AUGUSTA 4, SAVANNNAH 2 (Box): Have a look at the above lines. Did you think they were gonna win both? And yet... Savannah has the best record in the system. Wonder if that's changing.

BROOKLYN 1, HUDSON VALLEY 5 (Box) The 'Clones were no-hit through 6.2 until first baseman Luke Stewart jacked a triple like a proud Brooklyn player should. Stewart is a native of Normal, Illinois. I saw Bob Dylan play there once. Saith Dylan: "And they said I'd never get close to Normal." Stewy knocked home a man who had apparently swung at, and reached on, a wild pitch. With the score 2-1 there was plenty of hope, hope dashed by a 3-run bottom half of the frame. Brooklyn will try not to get swept facing Hudson Valley tonight.

Appalachian League (R)- Kingsport Mets (1-3)_______________________________________
BRISTOL 6, KINGSPORT 8  (Box) Two more triples. Three of our teams had triples. And I didn't even get to watch the Mets game. Did Reyes triple? Probably tripled. Kingsport won their first game of the year last night and treated their Tennessean fans to a live one. In addition to said three-baggers, they had a homer and a double and six singles, and that just barely put our heroes over the edge as the White Sox did damage of their own. Blazing start for RF Gregory Pron, with seven hits in his first four games. You'll remember from the telecast that he was our 42nd-round draft pick this year. 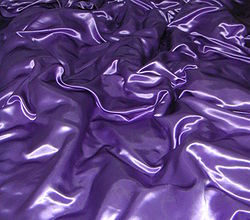