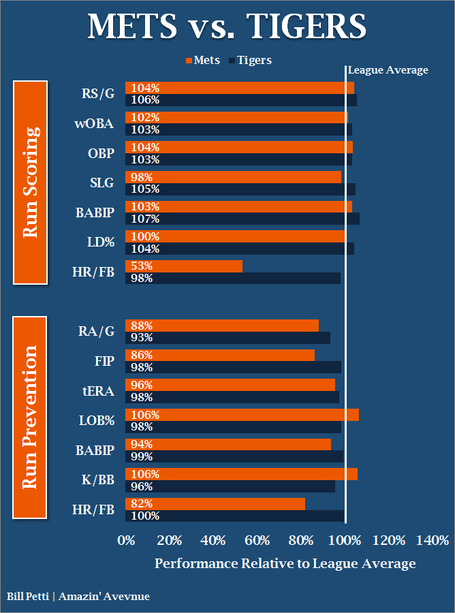 Both teams have been playing .500 ball of late. The bad news: the Tigers may have the best pitcher on the planet right now in Justin Verlander. The even worse news: the Mets draw him in game three of this series.

That being said, the Mets are finding all kinds of ways to score and have a good shot at taking two out of three from the Tigers. Of course, that assumes they win the first two. The Tigers have hit well this month, but if Dickey and Capuano can keep the Mets in the first two games they've got a decent shot to win the series.