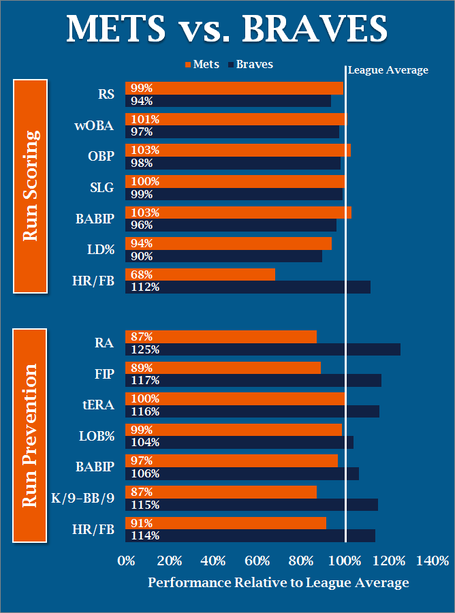 (click to embiggen)
Today, the Mets (26-30, 8GB) begin a three-game home stand against the Atlanta Braves (31-26, 3.5GB).
This match-up resembles the recent series against the Phillies. The Mets are as good or slightly better offensively than their opponent, but the pitching...dear God the pitching.
Atlanta's pitching staff has almost been the equal of the Phillies to this point in the season. The Braves have allowed the fewest runs in all of baseball this year. And even with their average offense, the Braves expected record looks more like 33-24, half a game better than the Phillies expected record.