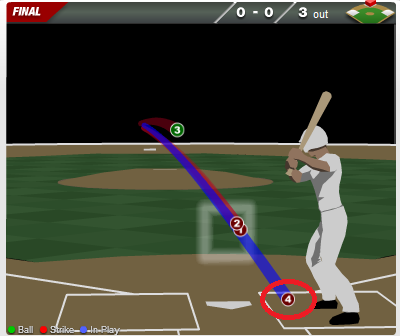 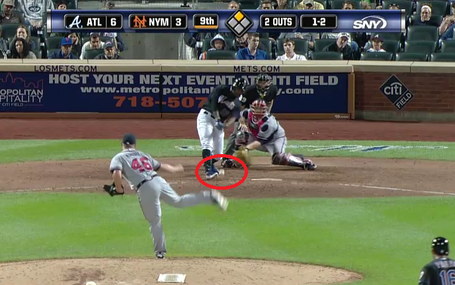 Craig Kimbrel vs. Willie Harris is about as big a mismatch as there is in MLB. A flamethrowing, 1.80 FIP, son-of-a-b*tch closer against a washed-up, .602 OPS, Mets-killing batter. Anything can happen I suppose -- Omir Santos vs. Jonathan Papelbon comes to mind -- but the outcome of this at-bat felt predetermined. It was only a matter of how it would go down.

An ending like this would have had me seething just three years ago. Maybe even two years ago. But now the response is laughter. It's not a maniacal "holy crap the Mets suck, all is lost, paging Dr. Jack" type laugh -- moreso "that loss is annoying but Harris won't be around long-term and that was just a hilarious swing". Apathy isn't the right word to describe it. I still watch almost all the games, follow the team closely and occasionally contribute to this fine site. Love the Mets. But I've learned to laugh through games like this. Mike Pelfrey's balk last Saturday against the Phillies was another episode in hilarity and eased the pain of that loss. It's about maintaining sanity and managing expectations.

This team is not a playoff contender. It never really was, despite the rash of optimistic late March "ya never know!" sentiments around the Mets blogosphere. They are multiple years away. And while there is no guarantee that Sandy Alderson and co. will build the perennial playoff team we all desire, especially with the ownership turmoil, I'm willing to wait to give them that chance. Until then, I'll choose to laugh at Kimbrel vs. Harris while still advocating sound process (in this case: ban Harris from all Mets games). Life is too short to freak out over a .500 ballclub.