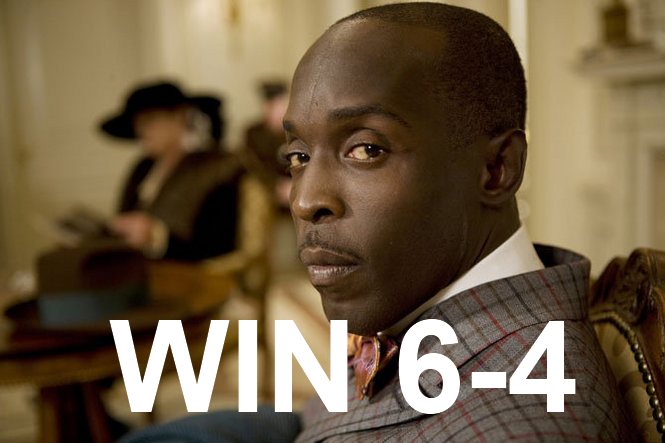 Regardless of the context of the game, it's always nice to see the Mets beat the Braves with ease. They did so tonight thanks to R.A. Dickey's dominance in eight innings of work and the lineup's ability to knock around Tim Hudson.

Dickey had no problem with the Braves tonight, generating plenty of swinging strikes while occasionally mixing in the fastball to continue fooling Atlanta's hitters. Although he only struck out three in the outing, the Braves only managed four hits and a walk against him. The lone run Dickey allowed came on a home run by Brian McCann when the game was already out of reach.

At the plate, it didn't take long for the Mets to get things going. Jose Reyes led off the game with a single, and two batters later, Carlos Beltran ripped a double to center field to bring him home. Two batters after that, Beltran scored on a sacrifice fly by Angel Pagan. The Mets were very quickly up two.

The second inning went equally well for the Mets after Hudson chose to give Jose Reyes the unintentional-intentional walk with Jason Pridie standing on second base and two outs. Justin Turner singled to score Pridie and move Reyes to third, and Hudson then threw a wild pitch on which Reyes scored on a close play at the plate.

Jose Reyes added a run in the fourth inning on a two-out double with Ruben Tejada scoring easily from second base. After they loaded the bases to begin the fifth inning, the Mets were able to score just one run on a two-out walk to Ruben Tejada, but that put them up by six.

The Mets took that big lead into the ninth inning, and Manny Acosta and Frankie Rodriguez combined to make things interesting. Acosta handed the game over to Rodriguez with runners on second and third and one out, and Rodriguez surrendered a three-run bomb to Diory Hernandez, a player who had only hit two big league home runs prior to tonight. But the next two Braves struck out, and the Mets took the series with a 6-4 victory.

Carlos Beltran left this game fairly early after fouling a ball off his right shin, but x-rays were reportedly negative, which is obviously good news. Hopefully he's back in the lineup on Tuesday.

I hadn't watched an ESPN Sunday Night Baseball game since the last time the Mets had one, but one pleasant surprise during the broadcast was the lack of the live K-Zone. As for the rest of the broadcast, there was plenty of talk of the inevitable trade of Jose Reyes or David Wright, but Bobby Valentine was having none of it, stepping up to defend the organization and say they're fully capable of retaining both star players. Bobby V also threw in several references to some of our favorite 2000 Mets, and he added some thoughtful insight to the parts of the broadcast that focused on the game of baseball.

The Mets are off tomorrow but play their next game at 8:10 pm on Tuesday as they visit the Brewers. Former Brewer Chris Capuano gets the start for the Mets, and the Brew Crew will throw Shaun Marcum. 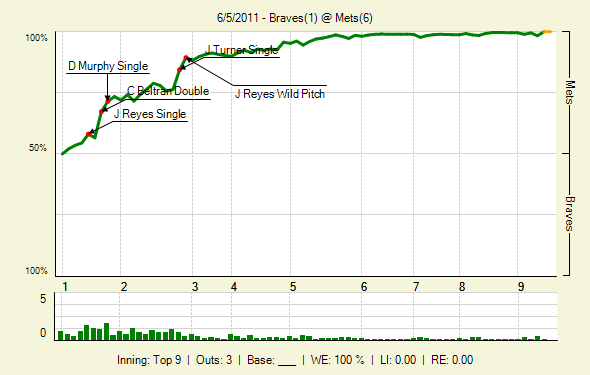