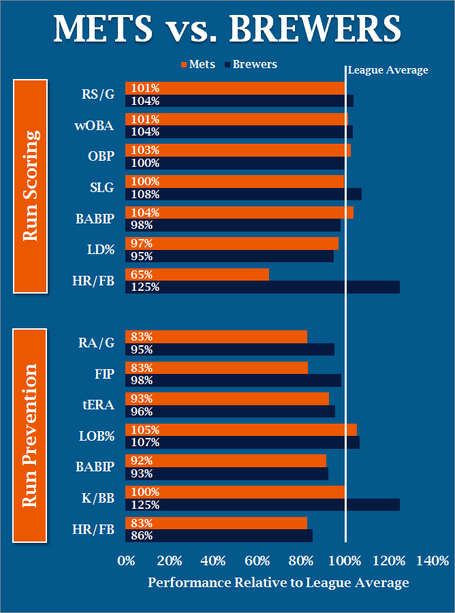 Offensively, these two clubs are very even, except of course for their HR/FB rates. That being said, there is a sizeable difference in the pitching (I know, big surprise). Both clubs are below league average when it comes to runs against, but the Brewers have a clear edge. Yes, the Mets pitching has looked better of late (particularly the starters), but so has the Brewers. Brewers pitchers do a much better job keeping runners off base, which is a good thing considering they do give up the long ball at about the same rate as the Mets.