Mets 2, Brewers 1: Capuano and Reyes Lead the Way in an Excellent Game of Baseball

Share All sharing options for: Mets 2, Brewers 1: Capuano and Reyes Lead the Way in an Excellent Game of Baseball 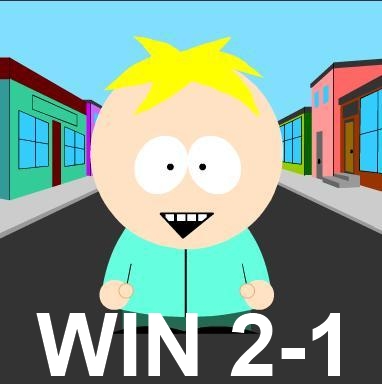 For six innings, Chris Capuano and Shaun Marcum were great. Marcum only struck out one and walked four, but he also only allowed two hits in his six innings of work. Capuano struck out five, walked two, and kept the Brewers off the board until a solo bomb by Prince Fielder to start the sixth inning. Cappy escaped the rest of the inning unscathed.

With Marcum out of the game, the Mets didn't take long to answer after Josh Thole walked and Ruben Tejada singled to begin the seventh inning. After failing to get a bunt down, Jason Pridie grounded to first, but the Brewers could only force out Tejada at second base. And then came the awesome: Jose Reyes ripped a triple off the center field wall to score both runners, and the Mets had taken a one-run lead.

The Mets could have tacked on a few runs after that, but on a sharp grounder to second by Justin Turner, Reyes didn't slide and was thrown out at the plate. Carlos Beltran then hit a ball that would have probably just cleared the wall in center field, but ex-Met Carlos Gomez made an outstanding catch to rob him and end the inning.

The slim lead was handed over to the Mets' bullpen, and they did not disappoint. Pedro Beato, Jason Isringhausen, and Francisco Rodriguez each threw a 1-2-3 inning, and the Mets won their third game in a row. Even with David Wright and Ike Davis on the shelf, the Mets are now two games under .500, and lately, the starting pitching has really stepped it up to keep the team afloat.