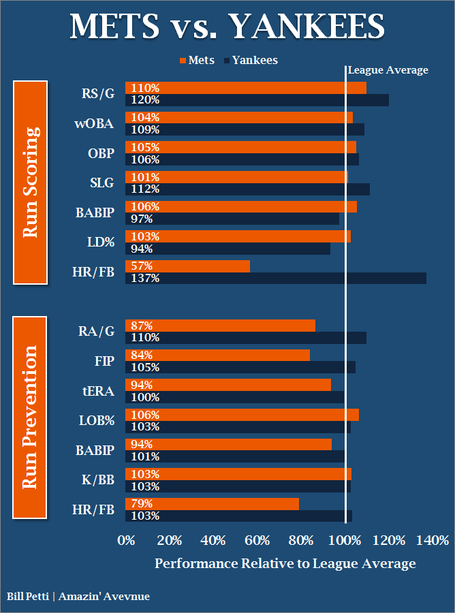 The Mets have been playing well, but the Yankees have been playing even better, going 8-2 over their last 10 games. I certainly didn't see the Yankees starting pitching holding up as well as it has to this point in the season, but it's hard to deny that they've been pretty good, especially when you think about their run environment.

As before, the biggest challenge for the Mets will be limiting the home run ball. Yes, the Mets are playing this series in Citi, and yes, their HR/FB ratio against looks much better there (7.4%). However, the Yankees still hit 15.3% of their fly balls for home runs on the road.

Even though the Mets' top-two starters in terms of home HR/FB aren't pitching this series (Pelfrey and Capuano), I still have a feeling the Mets can take two out of three against the Yanks.