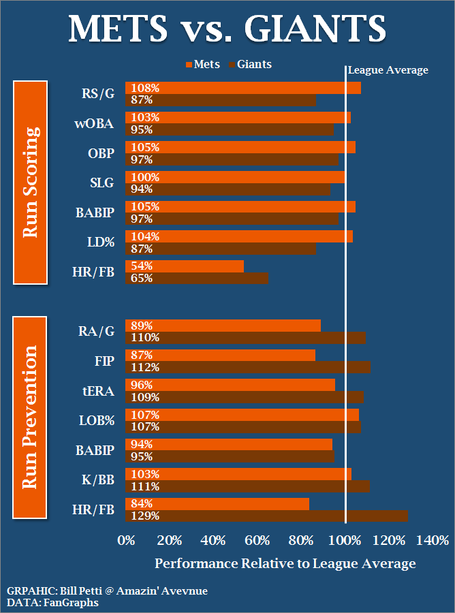 After taking three out of four from the Dodgers, the Mets (45-43, 10GB) travel to San Francisco to close out the first half of the season with a three-game series against the Giants (50-39, 1st NL West).

Much like last year, the Giants are doing it with pitching. They are well above league average in just about every category, and ungodly when it comes to preventing home runs on fly balls. Now, part of that is a park factor, but compare their rate to the Mets.

Generally speaking, I am a pitching > hitting guy. But the Mets are playing well and have been the NL's best team on the road (26-21). I'd feel a whole lot better if Reyes was in the lineup, but I'll still say the Mets close out by winning the series.