Perhaps my affinity for the minor leagues began when one of my cheaper relatives decided to shell out for the highly-coveted pre-rookie card set as a birthday gift back in 1991. Because honestly, what six year old do you know that doesn't eagerly await that fateful day each year when Line Drive (is that even a card company?) releases their Texas League series? Seriously, I'm pretty sure I'm the only person in the world with these. And that is not a good thing.

At the very least they're pretty funny to look back on. Though it's actually more depressing than funny as you're sure to flip through about 50 strangers for every recognizable name. But in doing so I came across a couple of infielders who share a pretty similar relationship with the orange and blue. Both Valentin and Easley experienced late-career surges in short stints with the Mets.

The second greatest 'stache in recent Mets history was part of that magical '06 team that regardless of the result, was clearly the best team in baseball. And it was thanks in no small part to Jose who posted a very respectable 3.6 WAR in 137 games. Also, notice that the dude simply never ages. Looks exactly the same on that card as he did that season.

Easley came aboard the following season and posted a very underrated 1.4 WAR in just 74 games. Unfortunately, Omar -- as was his custom -- looked that gift horse in the mouth and returned Easley in '08. The results were easily worse than the season before. Hey ohh.

And so there you have it, two magnificently irrelevant 1991 Line Drive Pre-Rookie cards: 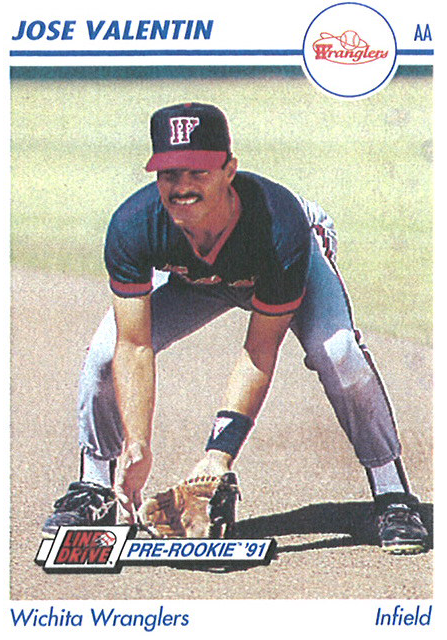 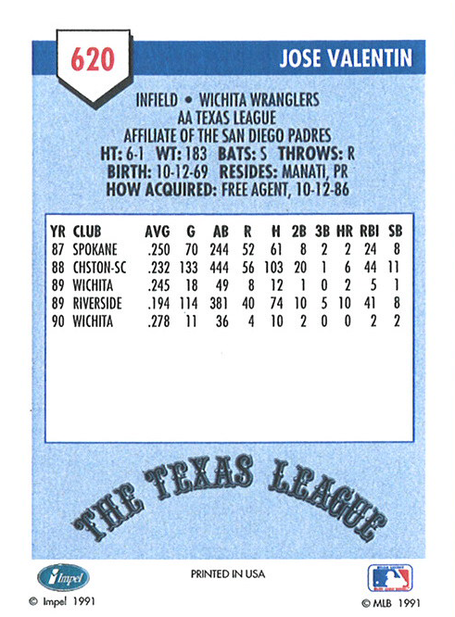 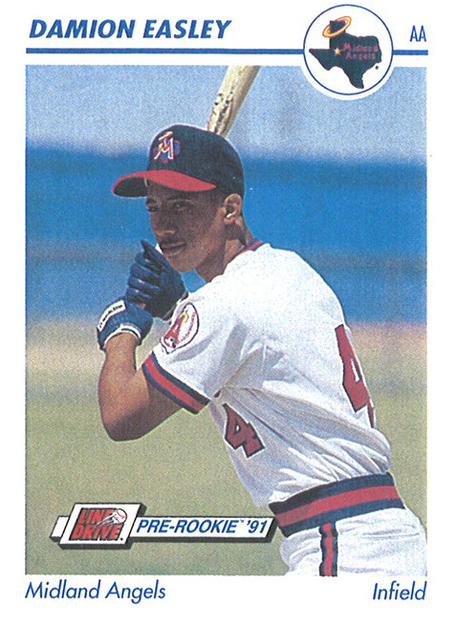 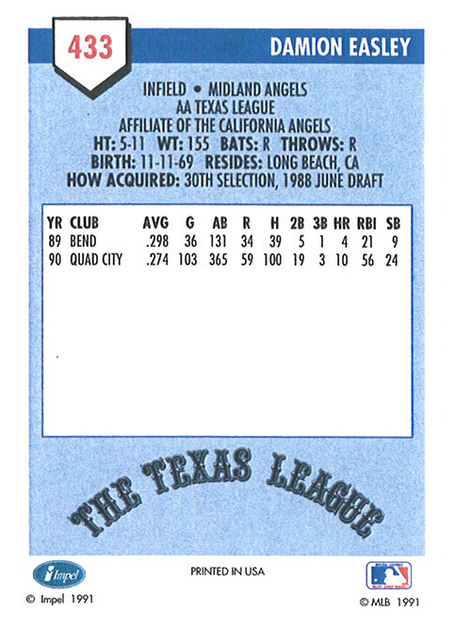