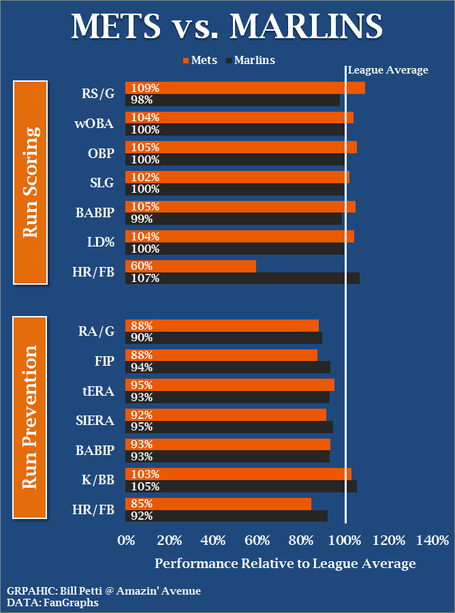 The Mets have lost two straight, but managed to go 6-4 during their recent road trip, during which Carlos Beltran was dealt to the Giants for top pitching prospect Zack Wheeler. The offense hasn't missed a beat, however, since David Wright came off the DL on July 22nd and has been nothing short of fantastic at the plate. Since returning, Wright has sported a triple slash of .455/.457/.659. Yahtzee.

The Mets enter this series equal with the Marlins in terms of run prevention and a better offense. However, the Marlins had the second highest team wOBA in the NL in July (.345) after sporting the worst in June. The Mets had the best in June and ranked 4th in July (.330).

Capuano got knocked around in his last two starts against the Marlins despite a decent historical record against them. If Big Pelf can replicate his last start, the Mets have a good chance to take the series.