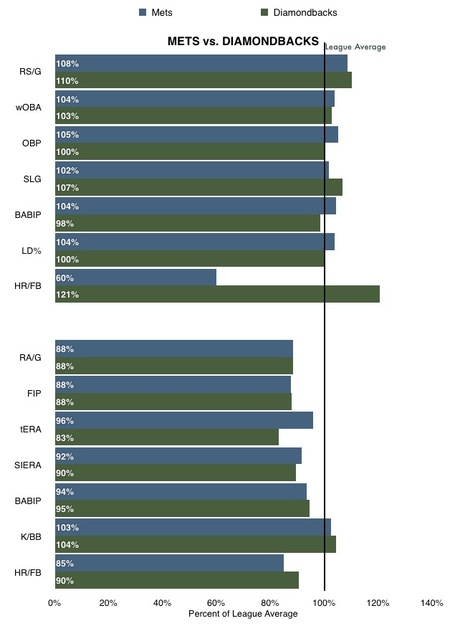 After splitting a four-game series with the Padres, the Mets (58-59, 19GB) get set to open a three-game series tonight against the NL West-leading Arizona Diamondbacks (65-53).

Despite the difference in records, these are two evenly matched squads. The Diamondbacks' expected record is only two games better than the Mets'.

Both teams rely more on their offense to create wins than on their pitching staffs, so I wouldn't count on a bunch of low-scoring games this weekend.

For more on the Diamondbacks, be sure to check out AZ Snake Pit