Share All sharing options for: Diamondbacks 6, Mets 4: They're Snakebit, Baby! 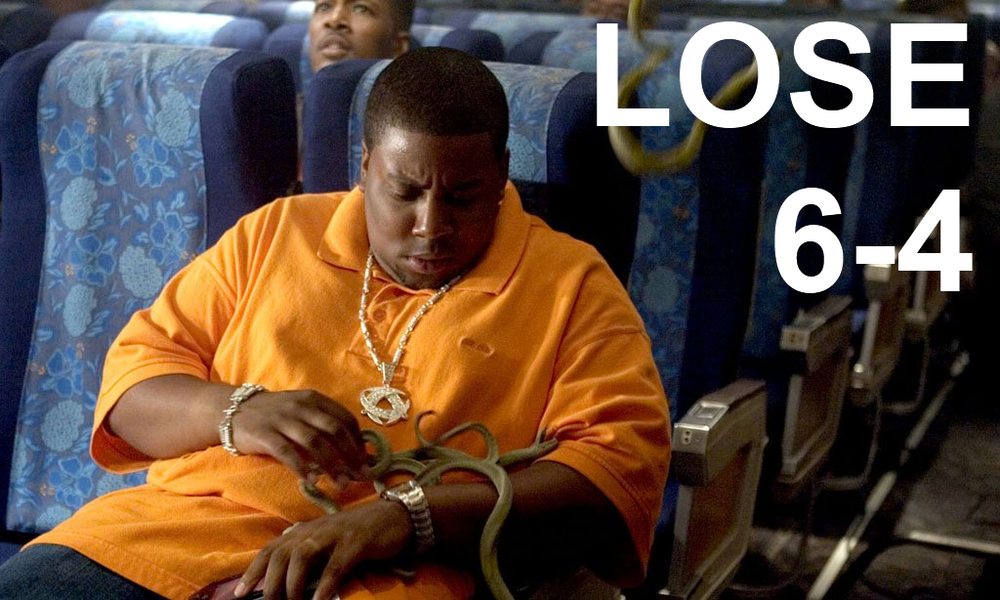 Big Pelf got off to a poor start in the first inning, allowing a pair of runs on a rib-eye single by red-hot Justin Upton and a sacrifice fly by Miguel Montero. Those were the only runs Pelfrey would allow in his brief start, and the Mets scored a pair of their own in the second inning on a two-out, two-run double by Ruben Tejada.

In the fourth inning, the Mets plated another pair of runs, the first of which was driven in by Mike Baxter, who tripled deep to center field. With two outs in the inning, Pelfrey singled through the right side of the infield to score Baxter and put the Mets up 4-2.

The lead lasted until the fifth inning, but Gerardo Parra began the frame by drilling a line drive off Pelfrey's pitching elbow. Terry Collins and Ray Ramirez made the call to take Pelfrey out of the game despite his protests, and the Mets were forced to turn to the weakest part of their bullpen.

D.J. Carrasco was called upon to take Pelfrey's place, and after a sacrifice bunt by the opposing pitcher, he hit Willie Bloomquist with a pitch and served up a three-run bomb to Ryan Roberts. Carrasco's just having a brutal year.

Pedro Beato pitched the sixth and seventh innings, but he allowed a run the sixth on a single by Hudson. The Mets couldn't score another run off Hudson in eight innings, and former Met J.J. Putz took care of easily in the ninth inning to seal the Mets' loss. 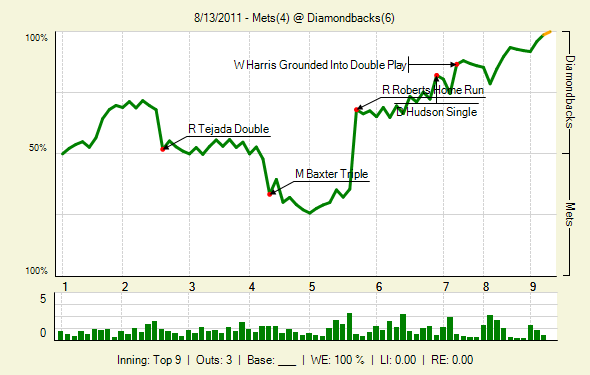