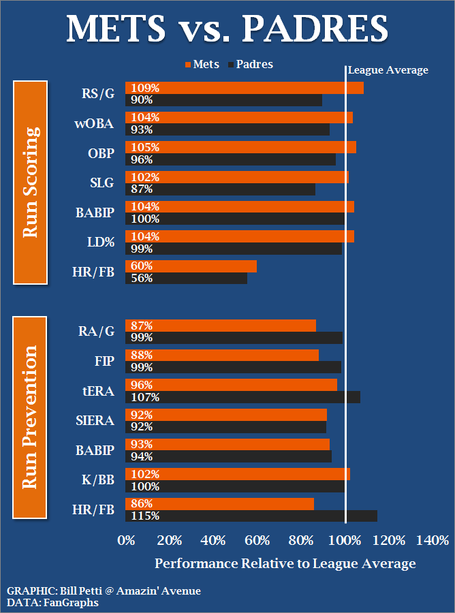 Last week, the Mets and Padres split a four-game series at Citi Field. Considering the Padres season-long difficulties with scoring runs, their offense proved to be a problem for the Mets as they actually outscored the Mets in that series, 24-21. Yes, Jose Reyes and Daniel Murphy are out of the line-up, but the team has still managed to score just about the same number of runs per game (4.42) since they went down as their season average (4.51). Run prevention-wise, the Mets have given up 5.6 runs per game over that same stretch, over a full run more than their season average (4.5).

As it has been most of the season, the series turns on whether the Mets can muster up enough run prevention to support the offense. I'll close my eyes and hope really hard and maybe they'll take two out of three.

For more on the Padres, be sure to check out Gaslamp Ball.