Which Citi Field Fence Would You Move?

Share All sharing options for: Which Citi Field Fence Would You Move?

There's been a little buzz lately that the Mets are seriously considering making some changes to the fences at Citi Field to make it a little bit easier to hit home runs. If they do, it wouldn't be the first time they've tweaked things at the ballpark. The home run line in center field was dropped a little bit overall and significantly beneath the home run apple, an awkward adjustment which makes it possible to hit a home run that very much looks like a ball that's in play since there's no gap between the wall that's in play and the wall that defines a home run.

If the Mets make additional adjustments to the fences in Queens, there are three areas that could easily be on the chopping block: left-center field, right-center field, and the Mo's Zone in right field. And that brings us to the following poll. 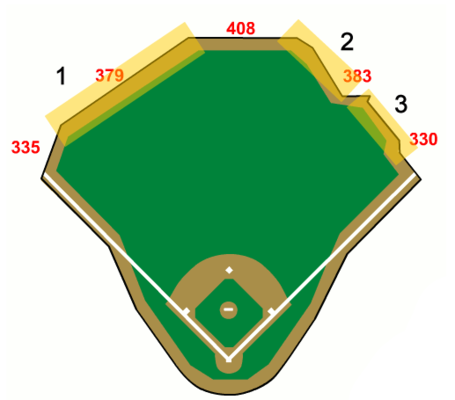