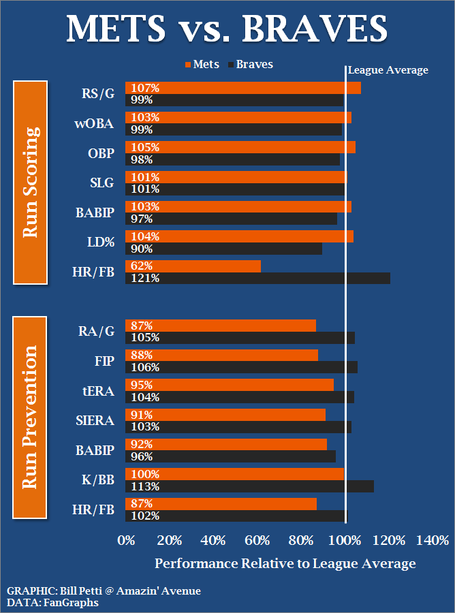 After avoiding the sweep against Phillies (praise be Kyle Kendrick), the Mets (61-68) return to Citi Field and begin a three-game series against the NL Wild Card-leading Atlanta Braves (79-53).

It's hard to imagine Atlanta falling from atop the Wild Card standings, as they have really put some distance between themselves and the Giants and Cardinals over the past 10 games.

The Braves continue to be a league-average run scoring team, but their run prevention is still one of the best in the majors (3rd best in the NL). And to do so they rely mostly on the strength of their pitching staff. Atlanta currently ranks third-worst in the league defensively in terms of UZR and UZR/150 (three guesses whose second-worst).

Call me a dreamer, I say the Mets take two out of three.

For more coverage of the Braves head on over to Talking Chop.