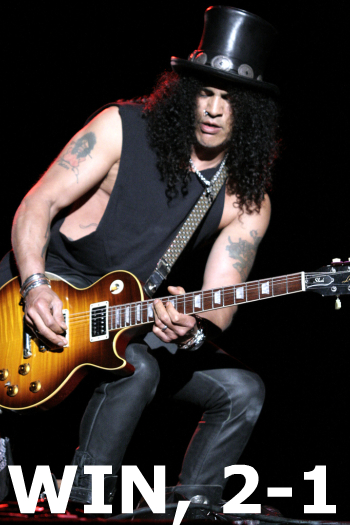 RAmen. It was obvious R.A. Dickey had it in him to win a game. There was no reason to doubt.

Despite a 3.62 ERA and 1.05 WHIP over the last month, he hasn't managed a victory. Maybe he consoled himself with the fact that Mets fans (or at least Amazin' Avenue readers) are smart enough to know he's been pitching well even if he hasn't been raking in the W's.

All the Dickster needed was a modicum of defense and just the barest bit of help from his own lineup, cause his knuckler was dancing today. He got 11 swinging strikes on 100 pitches and actually threw 23 fastballs -- including a few first-pitch fastballs that surprised the Marlins. It looks like he threw the super-slow knuckler five times all game, as his average pitch per Brooks Baseball was 76 MPH (slowest 61 MPH). That worked for him, since he was never really in trouble. 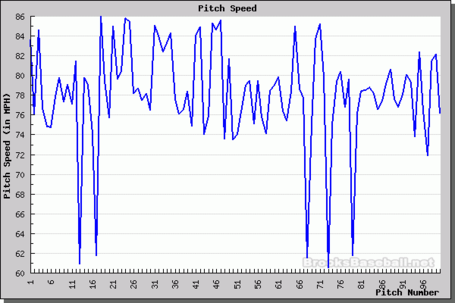 Only in the sixth and seventh did the Marlins manage to bring more than four batters to the plate. Once Logan Morrison failed to score from second on a single in the sixth, it seemed like Dickey would find a way to coast through. In the seventh, the fish opened with two straight singles, but Mike Cameron was picked off at second. Two bonehead plays helped torpedo their only chances.

It seemed like Lucas Duda was supplying all the offense -- he did amass three hits and looked solid at the plate -- but he wasn't involved in a run directly. Instead, it was a Justin Turner million-hopper and a Josh Thole fielder's choice that drove in the two runs the Mets needed today. Just enough!

Bobby Parnell got a save! He gave up a home run on a fastball right down the pipe, but his slider was good today. This time, he had his peak velocity somewhat early (he hit 98 on his fifth pitch), but he didn't need to hit triple-digits to dispatch the hapless Marlins and their octogenarian manager (who 'waddles' according to Gary Cohen).