Gotta love the softer, fuzzier 1980's version of Davey Johnson. Though I must say, I curse the ad wizard who came up with Manager card. Honestly, was anything more disappointing as you thumbed through a fresh new stack of cardboard, paid for with another week's hard-earned allowance? Actually yes, one thing was even more infuriating: The Checklist cards. Which is why this particular card -- unfortunately for Davey -- sucks.

Also I feel I should point out one of the strangest statistical oddities I ever didn't know about until just now. As a player, Davey Johnson played 13 seasons, mostly between the Orioles and the Braves. He totalled 143 home runs in his career and when you look at the back of the baseball card -- the real one -- he was good for about 10-13 bombs a year. Once he hit 18. Oh yeah, then there's 1973 when he hit 43. Trailed only Pops Stargell for the league lead. People rip on Brady Anderson but hell, a second baseman who hit a third of his career home runs all in one season? Seems...peculiar. But the best part is that he hit 40+ bombs and had a .916 OPS all from second base and only came in 13th in MVP voting. Ah the good old days

So there you have it, a 1987 Topps Manager (Team Checklist) Davey Johnson Card: 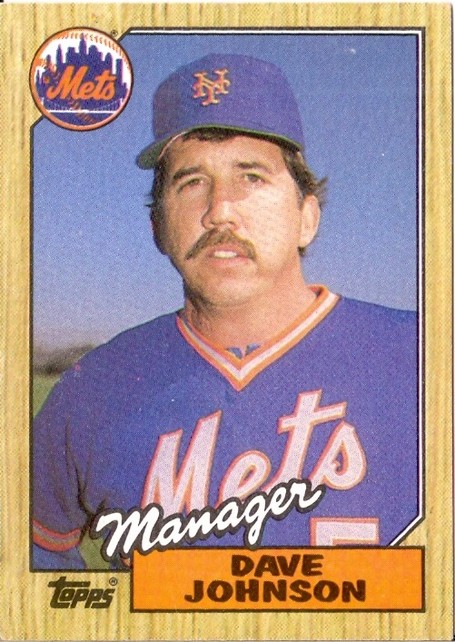 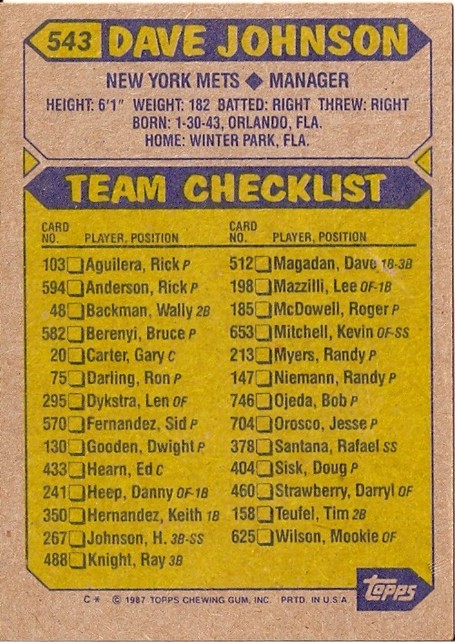