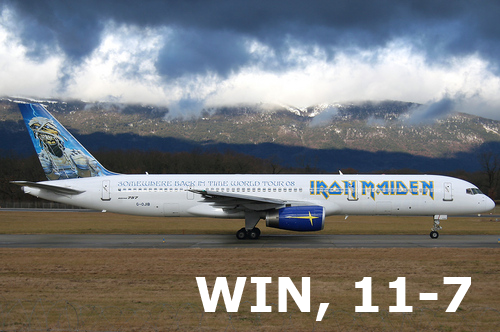 The Mets hit four home runs — two by Justin Turner and one each by Josh Thole and Jason Bay — in lighting up Tommy Hanson for seven runs on eight hits in 3.1 innings on their way to an 11-7 win. It was the most runs allowed and fewest innings pitched for Hanson this season. The Mets are back within eight games of the Wild Card, which is almost as bleak as it sounds.

The pummeling didn't cease when Hanson exited in the fourth inning. All told, the Mets hammered the Braves for sixteen hits and five walks over eight innings, and the margin of victory might've been even wider had the Mets managed better than 5-for-19 with runners in scoring position. Jose Reyes and Angel Pagan added two steals apiece for good measure.

Notwithstanding the offensive outburst, this game was hardly a cakewalk for the Mets. Jon Niese had one of his most uneven starts of the season, coughing up five runs and ten hits of his own while walking two in just five innings of work. He threw just 87 pitches, but he labored often and constantly worked in and out of trouble.

Dillon Gee and Mike Minor face off at 1:10pm on Sunday. 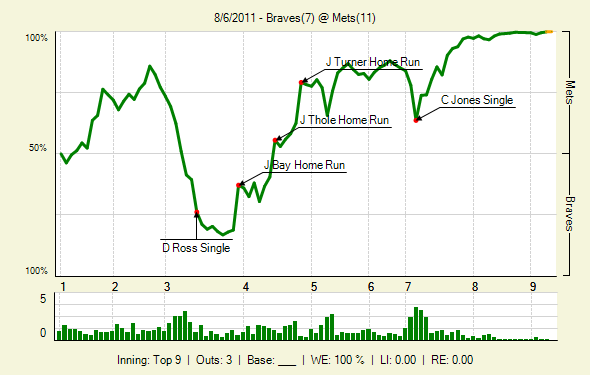