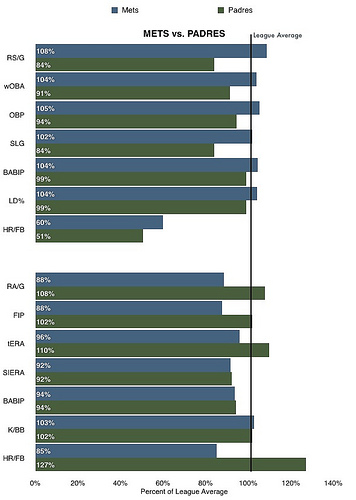 You'll notice the formatting is a bit off for this preview. That's because I am on vacation and trying to throw this together on a iPad that I am still getting used to.

Nevertheless, the Mets come in as the better hitting team. Both teams benefit from run-depressing home parks, but the Padres' have still been better than league average on the road (OPS+ of 95).

That being said, the Mets should easily split this series if not win it outright.

For more on the Padres be sure to check out Gaslamp Ball.