Cubs 5, Mets 4: To Err Is Human, To Err Four Times Is TRADE THE CORE

Share All sharing options for: Cubs 5, Mets 4: To Err Is Human, To Err Four Times Is TRADE THE CORE 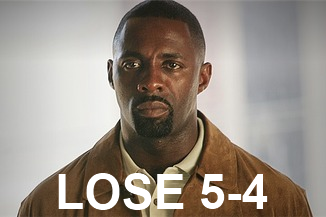 Or, in the memetic vernacular of Amazin' Avenue: TRAID TEH COEUR!

Chris Capuano turned in one of his better pitching performances of the season and the Mets, trailing throughout the game, scored four runs in the bottom of the eighth to take a 4-3 lead. Bobby Parnell and David Wright did terrible things to that slender lead in the top of the ninth, conspiring to allow two Cubs runs to score en route to a 5-4 loss.

Wright and Jose Reyes — known collectively by the sobriquet "The Core" (or "The Coeur") — combined for four errors which led to three unearned runs for Mets pitchers. At the plate, Wright went 2-for-4 with an RBI and Reyes managed just 1-for-5 — also with a run batted in — to lower his average to .333, two points ahead of Ryan Braun.

Angel Pagan went 0-for-4 but swiped his 30th base in 36 attempts (83.3% success rate), his second straight season with at least 30 steals (he had 37 last year). He's just the seventh Met with back-to-back 30-steal seasons. The others:

Only Wilson and Reyes have had at least 35 steals in two consecutive seasons, so Pagan would join that group if he can snag five more in the next few weeks.

The Mets wrap up their series with the Cubs on Sunday night when Miguel Batista takes on Matt Garza at 8:05pm EDT at Citi Field. John Franco will throw — and Mike Piazza will receive — the ceremonial first pitch before the game. 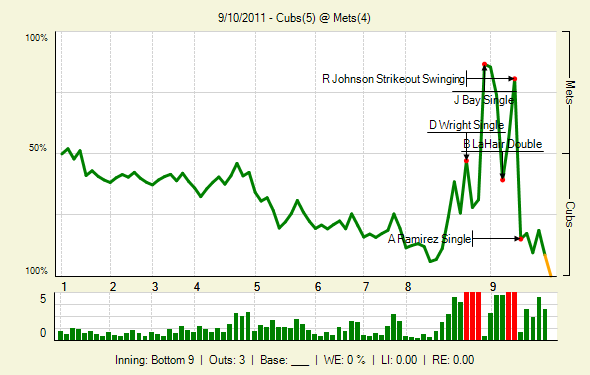