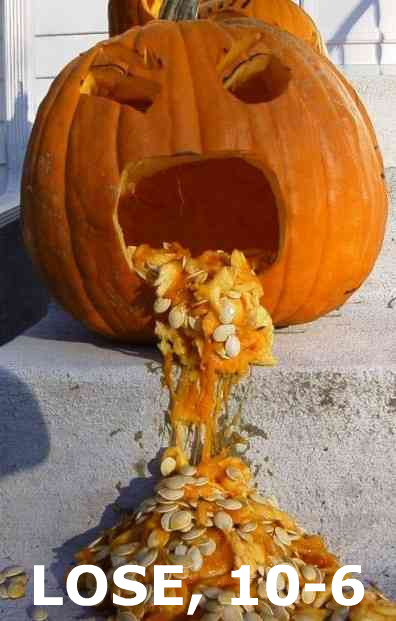 On the tenth anniversary of the tragic events of September 11, 2011, the Mets held an emotional on-field ceremony prior to their game against the Cubs. It was a job well done by the Mets, who were able to show their appreciation despite Major League Baseball's refusal to allow the players to wear the hats of New York City's first responders.

As for the game, Miguel Batista was wild and ineffective but did not pitch so poorly that the game was out of reach. Batista allowed a run in the first inning on a pair of two-out, extra-base hits that hit the outfield fence in front of the Mets' bullpen.

The third inning was particularly ugly, as Batista hit Matt Garza to start the inning but got a grounder for a double play. Batista followed up that bit of good fortune by plunking Tony Campana and walking both Bryan LaHair and Carlos Pena to load the bases. Tyler Colvin's ensuing single to center field plated two runs. Batista allowed one more run in the fifth, his final inning of work, when Colvin tripled on a line drive that a speedier right fielder may have caught to score LaHair.

The Mets' bats scored a run in the first inning on an Angel Pagan double and didn't do very much for the next few innings. In the sixth, a pair of two-out doubles by Jason Bay and Nick Evans scored a run a piece to cut the Cubs' lead to one.

With Garza out of the game after seven innings, the Mets tied things up in the eighth on a Justin Turner grounder to Jeff Samardzija. It should have easily ended the inning, but Samardizja bobbled it and made an awkward throw to first base, which Carlos Pena dropped. Angel Pagan was on second base at the outset of the play and scored easily to tie the game at four.

Josh Stinson was on the mound for the Mets, and he just couldn't throw strikes. A leadoff walk to Marlon Byrd was followed by a pair of singles by the Cubs to put them back on top by a run. Stinson then issued another walk, leaving the bases loaded for Ryota Igarashi. If that sounds like an awful scenario, well, it was.

Alfonso Soriano pinch hit and doubled down the left field line to drive in a couple more runs. Darwin Barney did the same in the next at-bat, bringing home two more runs to put the Cubs up by five. One out later, Dale Thayer got into the game as the Mets' ninth pitcher and gave up a sacrifice fly to bring home yet another run.

Jason Pridie hit a two-run bomb into the empty Pepsi Porch in the bottom of the inning, but it was too little, too late, as the Cubs easily held on for the win.

The Mets host the Washington Nationals on Monday at 7:10 pm with R.A. Dickey and Ross Detwiler listed as the probable starting pitchers. 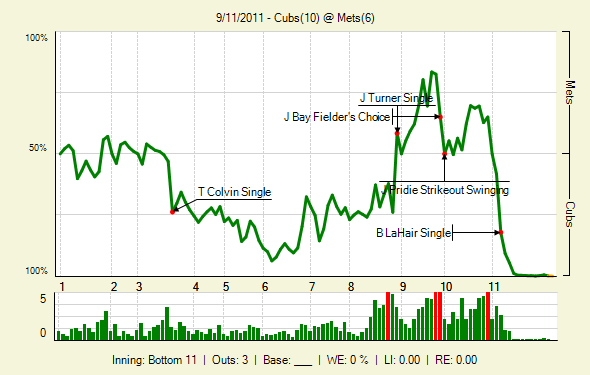