Share All sharing options for: Mets vs. Nationals Saber-stat Preview 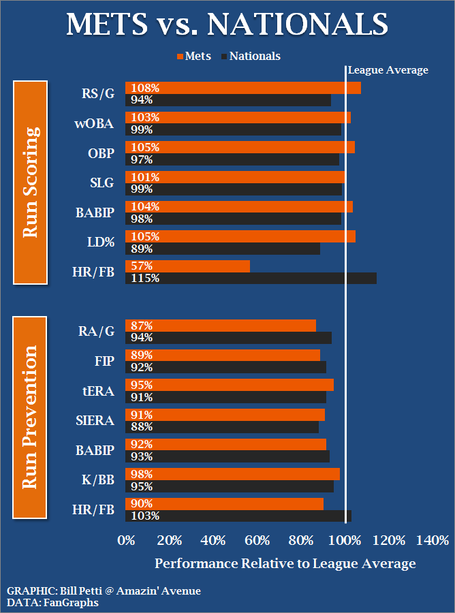 The Mets managed to lose two out of three to the hapless Cubs, and that was after dropping a make-up double-header to the Atlanta Braves. It isn't the losing so much as the way they've lost lately. Ugly.

The Mets miss Stephen Strasburg so I'll hope for a split.

For more on the Nationals be sure to check out Federal Baseball.