For the first time in a long time we've got absolutely no game action to report on from within the Mets farm system. By this point all but one of the affiliates has called it a season. And as for Savannah, yesterday was a travel day as they continue to battle for the SAL Championship with the series tied at 1-1 -- action resumes tonight at 7:05pm from the friendly confines of Historic Grayson Stadium.

However, that doesn't mean that nothing interesting happened yesterday in the world of Mets prospects. In fact, yesterday was the day that the Mets announced their minor league organizational Sterling Award winners. For anyone that doesn't know, the Sterling Award is an honor given to the top player at each affiliates that typically represents the most valuable or most outstanding player on each club; it does NOT necessarily represent the best prospect.

SNY did a pretty good job during the third inning of last night's game recapping the awards: 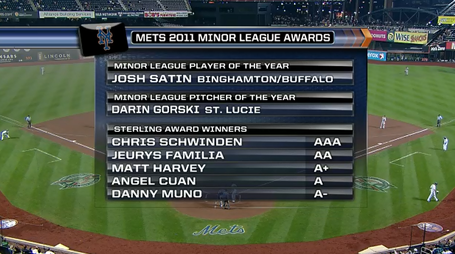 In addition to all of these guys, there were Sterling Award winners at the lower levels as well:

A lot of these guys were in attendance for the game last night and many made appearances throughout the broadcast: 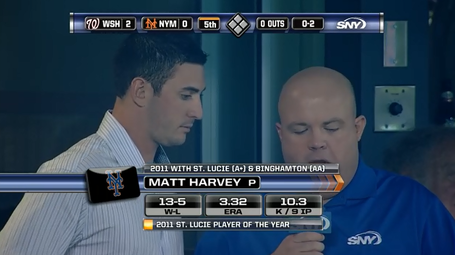 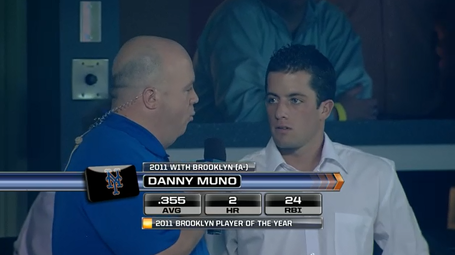 Of interest to fans in the LI-area was Hicksville product Cam Maron: 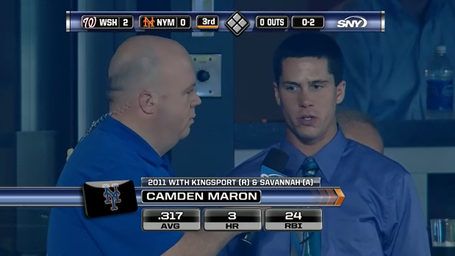 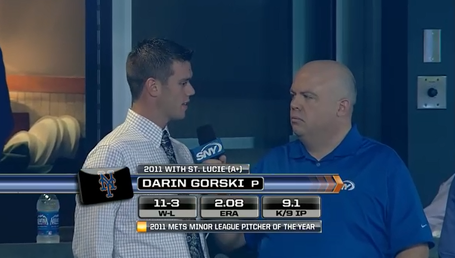 All in all, interesting night with some decent commentary from the players themselves. And now that the minor league offseason is upon us look for the affiliate season recaps over the next few weeks, where we'll get into the finer details of the 2011 season for each of these award winners as well as the rest of the prospects throughout the Mets farm system

By the way, Kevin is looking awful these days...