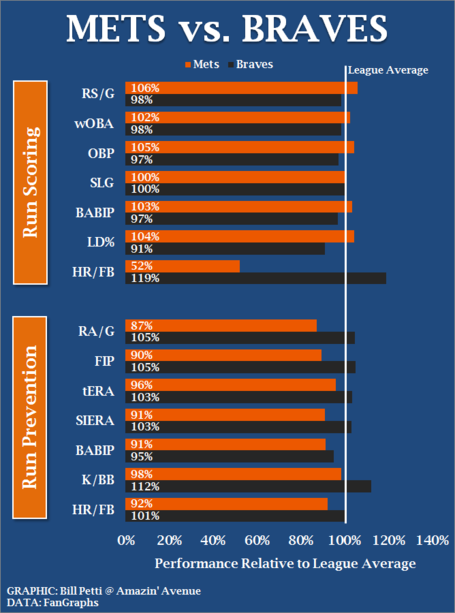 Tonight the Mets (71-77) begin a three-game series in Atlanta against the Braves (86-64). The Braves still lead the surging Cardinals by 4 games in the loss column for the NL Wild Card, while the Mets--well--have looked craptastic of late.

Finishing the season at .500 is pretty much a pipe dream for the Mets now, as they would need to go 10-4 over their last 14 games. Sure, they could play .714 ball from here on out, but from what I've seen lately I am not counting on it. Figure they've got about a 7% chance of rolling off 10 out of 14, so I'm not holding my breath.

Things get tougher when we look at the upcoming schedules (besides the Braves they are looking at St. Louis and Philadelphia).

Maybe some teams rest their starters or play their youngsters, but Atlanta and St. Louis are fighting for a playoff spot so I wouldn't count on any relief there.

Given they way they've played of late, I'd be happy if the Mets win one of these three games.

For more on the Braves, check out Talking Chop.