Smoking cigars and embarrassing young'ns is every octogenarian's right. Or so Jack McKeon's mantra seems to go. Twice in the last two months against the Mets, McKeon has pulled a Marlins pitcher mid at-bat, after the pitcher had thrown multiple pitches. Neither time did the pitcher appreciate the decision. The first was back on July 18th, when McKeon replaced Randy Choate after a spat of wildness. A story in pictures: 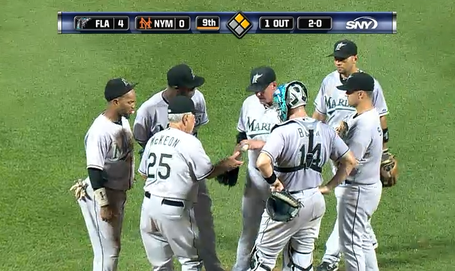 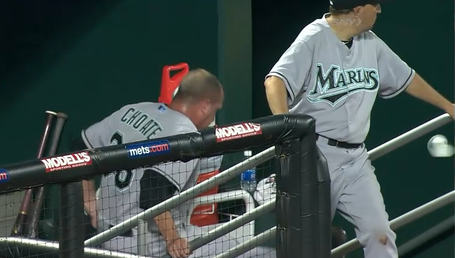 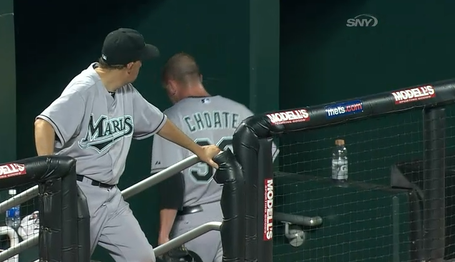 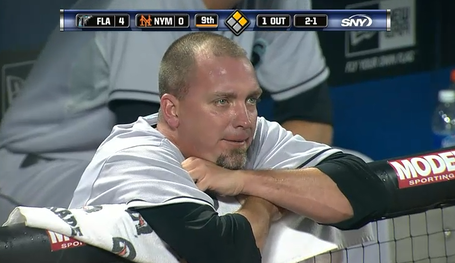 In last night's game, Marlins starter Clay Hensley couldn't find the plate in the third inning and McKeon had none of it. Again, pictures: 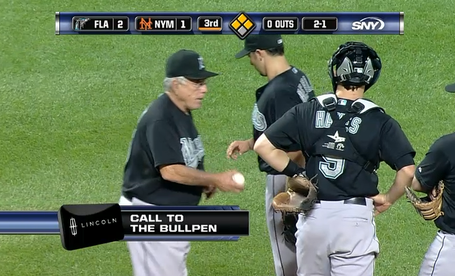 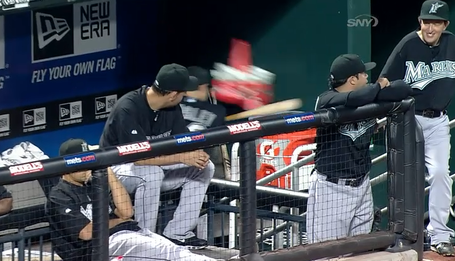 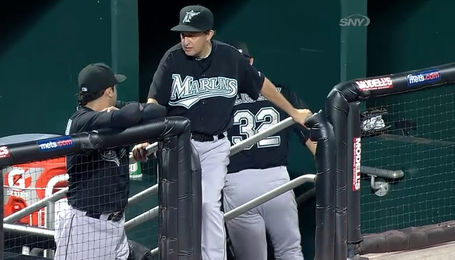 "I don't really know what to say about it," said Hensley, who swatted over the water cooler in the dugout. "I better keep it to a minimum tonight so I don't get myself in trouble."

It's tough to decide who had the best reaction. Choate only kicked a cup in disgust but hilariously returned to the dugout red in the face. Hensley did not return with a crazed expression but went all Basterds on the water cooler. If forced to choose, Hensley wins the Just Got Trolled By My Manager Award for most entertaining reaction.

Is this a wise approach for McKeon? It certainly fits with his old school, take-no-guff, don't-mess-with-me persona that (I'm guessing) he relishes. Keith Hernandez expressed support, saying that pitchers would know better than to melt down on the mound next time around. Easier said than done. Also, it's likely the pitchers' poor performances contributed to their shows of frustration, in addition to being pulled. I'd say any strategic advantage of making a mid at-bat pitching change is outweighed by the negative effect on "clubhouse chemistry", or whatever it is to be called. If a pitcher is good enough to start an at-bat, he is good enough finish it. No one likes to be publicly embarrassed. People are more likely to remember criticism than they are compliments.