Share All sharing options for: Mets 3, Reds 0: Replacement Mets Win One for Starters 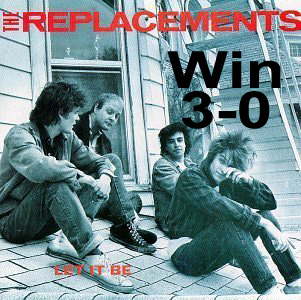 Lose your way out of contention, and your final lineup will look something like the Mets' on Wednesday: Willie Harris batting third, Nick Evans, Mike Baxter and Jason Pridie all taking over for the veterans. Once the veteran gets a hit or two -- like David Wright in the fourth -- he gets an early seat. Sometimes that early seat comes in the first inning.

Jose Reyes, playing in a game that hopefully won't be his last as a Met, laid down a perfect bunt to begin the game. The ball rolled towards third, Edinson Volquez lugged his large frame in the balls' general direction, and Reyes was at first before he turned around. Then Terry Collins pulled him and the crowd's chants turned to boos. The Mets may have assured their first batting title in the first inning, but it didn't feel great.

Bring Justin Turner on to pinch run for Jose Reyes and Josh Satin on to pinch run for David Wright and suddenly the game has a Triple-A feel to it. In fact, only Willie Harris (number three hitter) was on the major league roster to begin this year. People working the game from the press box to the concessions stands were most likely rooting for the game to end as quickly as possible.

Mike Baxter helped. His first major league home run was a shot to deep right off Edinson Volquez, who was surprisingly decent, but wilder than his one walk would suggest. Josh Satin had a nice game as well, picking up a single and a run. Next year's injury replacements look pretty good then.

Miguel Batista also did what you want most out of your final-game, get-to-the-offseason starter: He pitched nine scoreless (and classy!) innings, (#) pounded the strike zone, and kept his team away from embarrassment. Why the team didn't have someone they wanted to see in this spot seems like a valid question, but maybe all the young arms had spent their bullets for the year. And Batista might be showcasing himself for one final contract. Anything is possible.

It was a decent game. Brisk (two hours and fifteen minutes), with good pitching. But it kind of felt like a getaway day. The booth was joking about having planes waiting, the teams managed three walks between them, the lineups were unrecognizable by the end of the game, and the crowd had devolved in to "Please Stay Jose" chants by the seventh inning.

That's how the season ends, with a sigh, not a bang.

Maybe next year will begin with a bang and never look back.

Intentionally sexy moment of the game: Bearded dude on kiss cam reaching back for unseen (male?) friend before the kiss cam abruptly moved on.

Awesome end of game moment: 300+ fans serenaded Jose Reyes after the game for twenty minutes. He finally came out for a curtain call and they went nuts.