Share All sharing options for: Mets vs. Marlins Saber-stat Preview 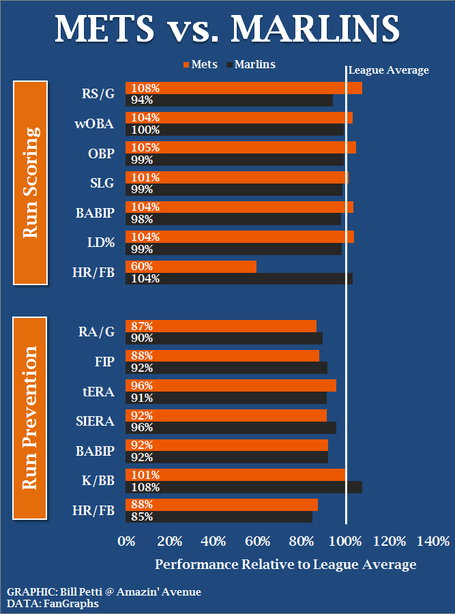 Following a series win against the Nationals, the Mets (68-70) begin a three-game series against the Marlins (62-77).

The Mets have won 8 of their last 10, including 4 out of 5 against the Marlins.

With Capuano and Dickey throwing in this series, I'll give the Mets the series win, 2 games to 3.

For more on the Marlins, be sure to check out Fish Stripes.