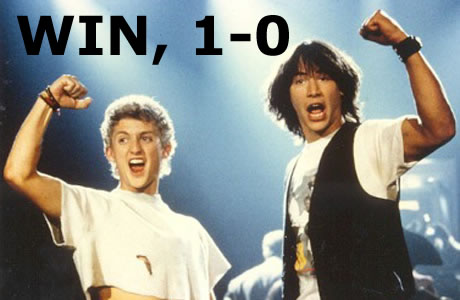 In their final game ever at wretched Sun Life Stadium, the Mets and R.A. Dickey took down the Marlins, 1-0, to pull back to within a game of .500.

The Mets scored the game's only run in the top of the first when Lucas Duda doubled home Jose Reyes. Reyes went 1-for-2 with two walks to raise his average to .335.

Dickey struck out three and allowed three walks and four hits over seven innings. Josh Stinson pitched a scoreless eighth and has yet to allow a big league run, while Manny Acosta closed things out for his first save of the season and fifth of his career.

Duda is hitting .281/.351/.478 this season and, despite unexceptional defense in right, has been as good at the plate as could reasonably have been expected. He's not Carlos Beltran, but he's been a pretty good replacement since The Great One was traded to the Giants at the end of July (stats since 28 July):

Beltran missed some time due to injury and the Giants have recently fallen out of the race, while Duda has held his own against big league pitching and we can, with something resembling a straight face, at least begin talking about a significant role with the 2012 Mets.

Jokes about Dickey's 69 game score write themselves so thankfully I won't have to. 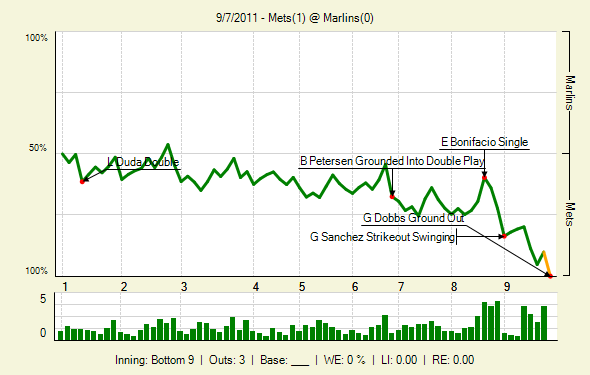