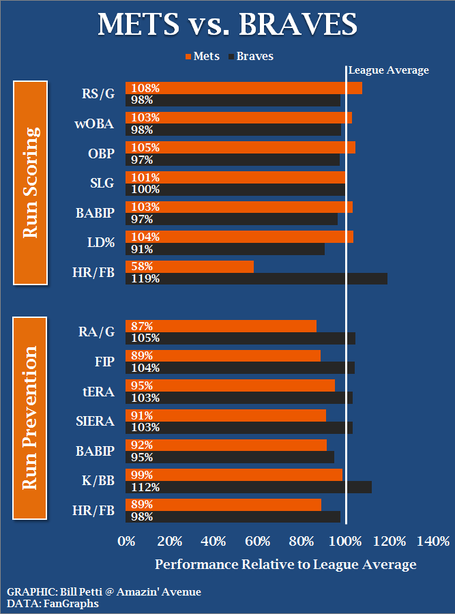 The Braves have only won 3 of their last 10--including a sweep by the Phillies--but they still lead the NL Wild Card race by 7 games in the loss column. Meanwhile, the Mets have won 7 of their last 10, including series wins against the Marlins and Nationals.

Over their last 10 games, the Braves offense has only mustered 2.6 runs per game. Granted, they just ran into the run prevention beast that is the Phillies, but that's still pretty ugly. The Mets have fared much better over their last 10, scoring 4.6 per game, competition being what it was in the Marlins and Nationals.

These two games feature a bunch of young starters on both sides. I'm normally not a big believer in momentum, but I'll leave that aside for now. Mets bats stay hot and take both games from Atlanta.

For more on the Braves, be sure to stop by Talking Chop.