Is It A Good Idea For The Mets To Sign David Wright To A Lengthy Contract Extension?

David Wright may be the best position player in Mets history, but there's plenty of reason for circumspection regarding a long-term extension for the All-Star third baseman.

Share All sharing options for: Is It A Good Idea For The Mets To Sign David Wright To A Lengthy Contract Extension?

Let’s stop pretending that extending David Wright’s stay in Queens is a slam-dunk no-brainer. I’m not going to troll you and say that by trying to re-sign David Wright, the Mets are making a huge mistake that’s going to cripple them in the long haul. That’s lazy and you deserve better. No one can be sure what direction Wright’s career is going to go from here on out. But that’s part of the problem, as Sandy Alderson is set to begin negotiations with his star soon: we can’t pretend that signing Wright comes without significant risk.

I’m sure it’s hard to think about losing Wright if you’re a Mets fan. After all, for decades the club searched in vain to find a long-term solution at third base. When Howard Johnson came along and gave the team a 30-30 threat at the position the search seemed to be over, but for all his big seasons, Johnson was never the superstar that Queens craved, given his inconsistency both at the plate and in the field. After HoJo, Bobby Bonilla, Edgardo Alfonzo, and Robin Ventura all had their moments, but none had the kind of sustained run of high-level, All-Star-flavored production that Wright has had.

Moreover, Wright is not just the best third baseman in team history, but probably the Mets’ best all-around position player as well. The only real competition comes from Darryl Strawberry and Mike Piazza, and Wright has sustained his excellence over a longer stretch than either of them, with more than 900 and 1,500 plate appearances, respectively, on each of them. Given that, I understand that seeing Wright play in another jersey would be traumatic, especially for casual fans (I had a similar scare with Kirby Puckett after 1994, when he flirted with the Red Sox before re-signing with the Twins).

Nevertheless, as the Rolling Stones warned us, you can’t always get what you want, and it’s hard to claim the Mets need Wright more than, say, the Cardinals needed Albert Pujols this year, particularly given their financial problems, the amount of money Wright will be trying to get and probably deserves, and the likelihood that he’ll be in decline by the end of any deal they could get him to sign.

After all, the $100 million figure thrown out by Jon Heyman last week is no more than a starting position, one likely based on the six-year, $100 million deal Ryan Zimmerman received from the Nationals in February. Wright is likely to demand much more for the simple reason that he is better than Zimmerman. And while Wright is two years older and has had injury problems in the past, Zimmerman’s deal came after a season in which he played just 101 games thanks to abdominal surgery. His value was at its nadir, while Wright’s has rebounded with his strong 2012. 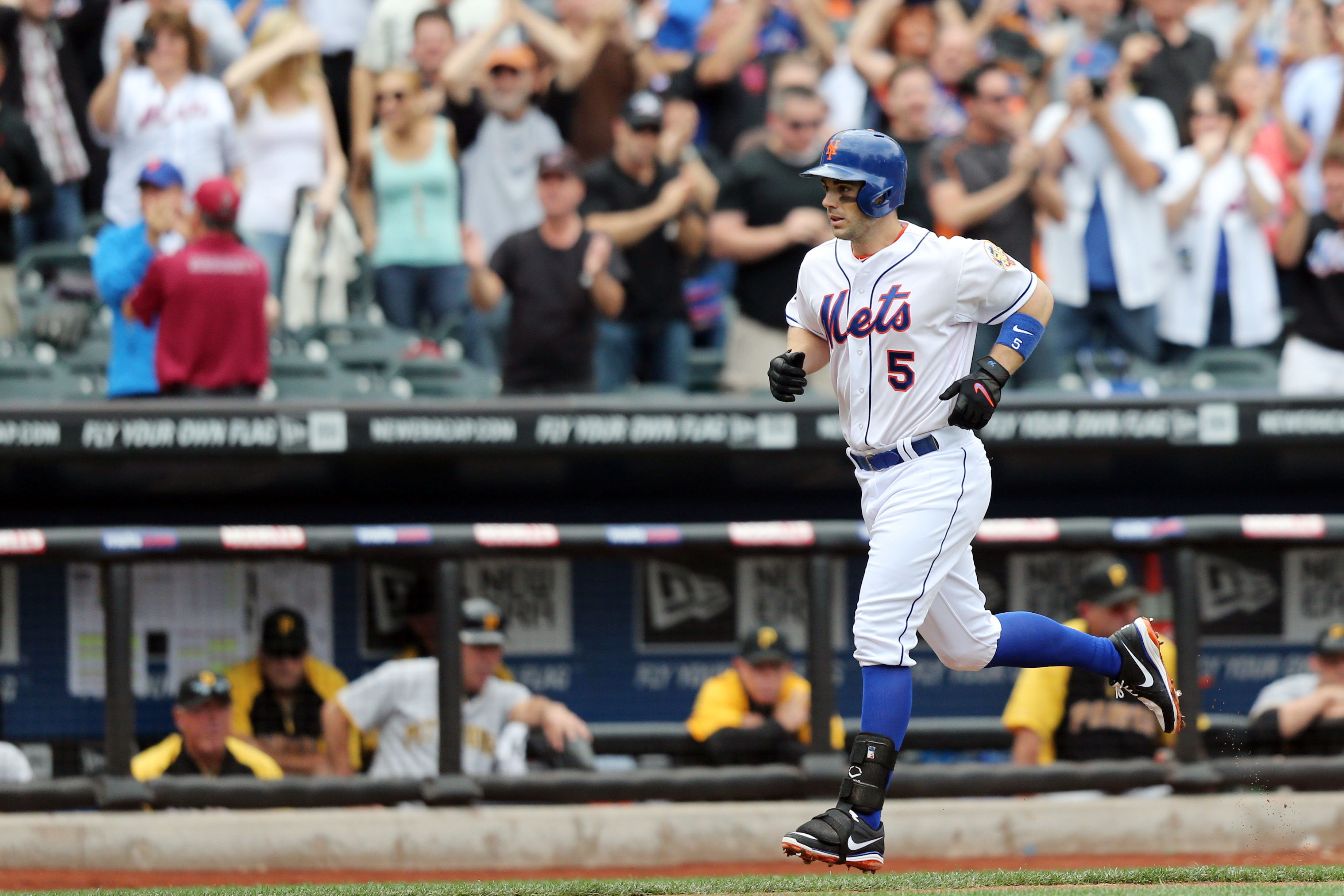 Despite that rebound, Wright is still a significant risk going forward. The stress fracture in Wright’s lower back caused him to miss 67 days in 2011. While that didn’t affect his play during a tremendous 2012 season, back problems have a tendency to become chronic. Think about should-be future Hall of Famer Scott Rolen. His injury history from 2005 to present is full of minor back injuries that sapped him of his power and kept him off the field for almost a third of his teams’ games, beginning the year he turned 30 — the same age Wright will be next season.

It’s also worth looking at other elite third basemen from modern history to see if there’s anything in their aging patterns that should concern us. Since baseball was integrated in 1947, just fifteen third basemen have posted more than 35 WAR (Baseball-Reference version) before turning 31. Wright ranks 13th on that list, and still has another season to go. Barring catastrophic injury, he figures to finish his career somewhere in the vicinity of Chipper Jones and Rolen, who are ninth and tenth, respectively. Just about everyone on that list has a pretty good Hall of Fame case, given how underrepresented third baseman are in Cooperstown.

Assuming the Mets offer a contract somewhere in the Zimmerman range of six years, Wright would be 36 years old at the end of his deal. The good news is that elite third basemen tend to be relatively productive during their age-31 to -36 seasons. In 78 player-seasons, the group averaged 3.7 WAR. As you would expect, by the end of that span they tend to have slowed down significantly. Eddie Mathews, Dick Allen, Ron Santo, Sal Bando, and Robin Ventura were all forced out of baseball by their age-36 season at latest; Ken Boyer and Buddy Bell clung on as part-timers (the former part of the carousel of third basemen who failed to stick at Shea). Rolen turned 36 in 2011 and the Reds watched as injuries claimed what was left of his bat speed and much of his defensive range.

And it’s not like moving Wright is a terribly good option either. Third base is positioned just barely on the right side of Bill James’s famous defensive spectrum (C-SS-2B-CF-3B-RF-LF-1B), so we often think of it as an easy “corner” position rather than one akin to the “skill” positions in the middle of the diamond. In reality, like second base, the hot corner takes a significant physical toll on the players who hold it down, and often they don’t have enough left to contribute elsewhere as they age out of the defensive requirements of the position. A few, such as George Brett, were able to transition to first base, but they are the exception rather than the rule. Mike Schmidt made an abortive shift to first for a season before settling back at third at 36; Mathews only moved at the very end of his career; and Chipper Jones's two seasons in left field proved that he really belonged at third.

The reason these players failed to establish themselves at new positions is obvious: While Brett, Schmidt, and Jones had bats that could carry any position, most third basemen hit less than first basemen, so it often makes no sense to settle for a declining third baseman’s bat at first when potent first basemen are often available. So, assuming his back holds up, as Wright begins to break down from age, he’ll have to continue to hold down the hot corner to justify keeping his bat in the lineup. 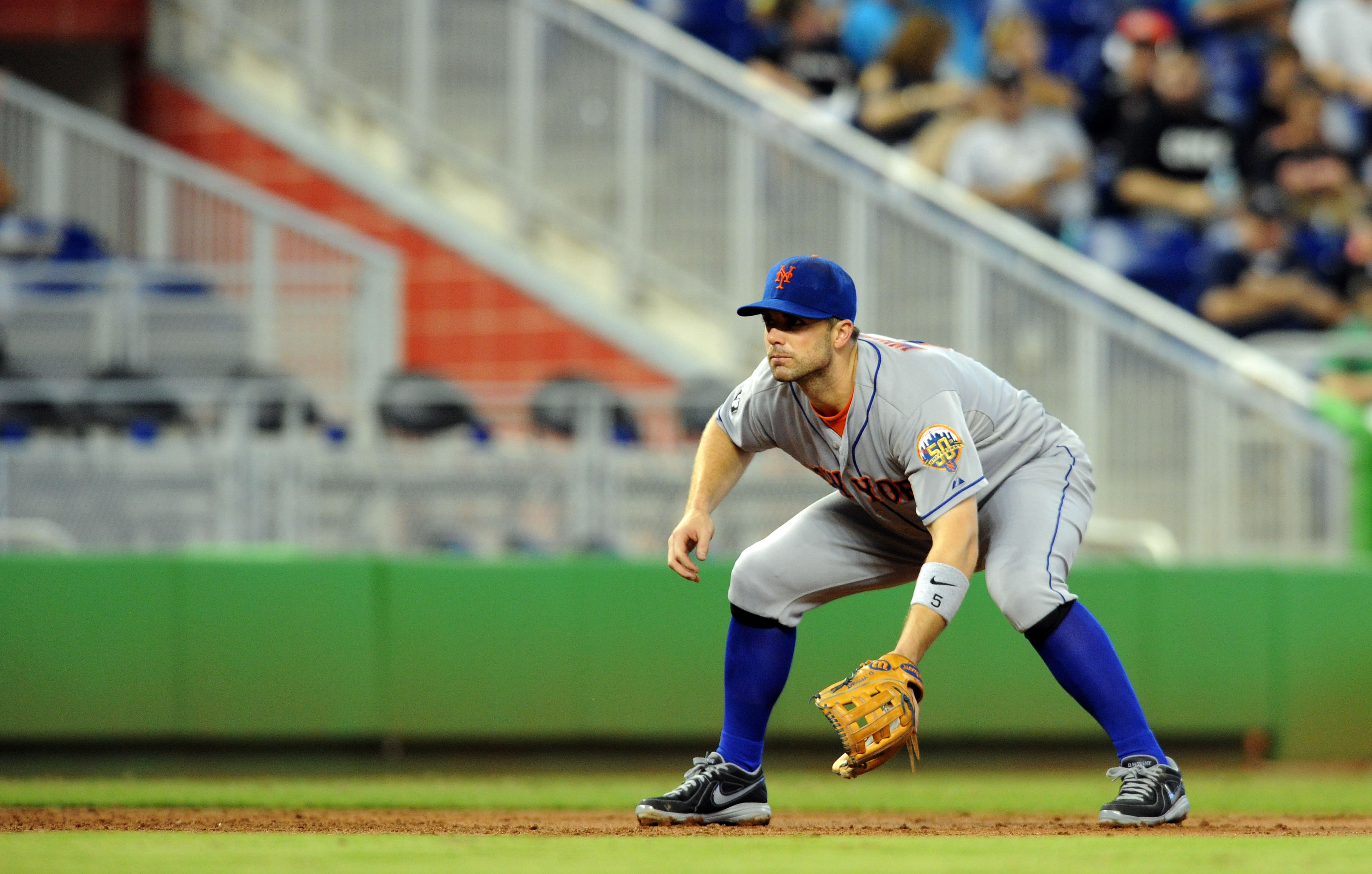 There’s also the uncomfortable truth that, for all his all-around excellence, Wright has really only had two star-caliber years in his last four, thanks to declining defensive numbers and reduced power. If he can sustain his 6.0-8.0 WAR pace from 2012 even for the next three years before beginning a normal decline, he’d almost certainly live up to whatever deal he winds up signing, but there’s little indication that 2012 represents a new plateau for him offensively or defensively (his defensive numbers were off the charts this year after several down seasons).

In light of these risks, should the Mets take a chance on another six years or so with Wright? Given that their financial problems are likely to get resolved before the end of any extension (particularly with the increased revenue coming off of MLB’s national television contracts), it's tempting to say the Mets should just accept what could be an ugly last couple years of a deal. After all, you can live with marginally overpaying a player if he’s elite and contributes to a winning club. However, given that they’re unlikely to be competitive in the next couple seasons, their immediate financial restraints, and the fact that Wright will — and should — sign for more than Ryan Zimmerman did, it’s also entirely within reason for them to deal Wright off of what was his best season since 2008 for position prospects.

As with all gambles, the answer to the Wright riddle depends on how much risk you’re comfortable with. On one hand, when trading a player of Wright’s stature for prospects, it’s almost impossible to get equal value in return for the simple reason that most prospects, no matter how promising, fail to develop into All-Star level talents. Dealing Wright could also alienate fans already frustrated by the Wilpon-inflicted belt-tightening. Conversely, you have a rebuilding club that has some very promising pitching either arriving or on the way, but lacks the offensive muscle to back them. It’s all well and good to say that Wright is a player you can build around, but by the time the construction is finished, Wright may no longer answer to that description.

Personally, I’m more inclined to let someone else take that chance and use this as an opportunity to stock up on nearly MLB-ready talent, but I recognize I’m also relatively risk-averse when it comes to chronic injury issues, and I don’t have nearly as much data on David Wright as the Mets' team doctors do. The only thing that’s clear about the Wright contract conundrum is that it’s nowhere near the no-brainer that everyone is pretending it should be, especially for a franchise that should have learned by now to be leery of long-term contract extensions. History, both Wright’s and that of elite third basemen in general, tells us we should be incredibly wary.

Michael Bates is one of SBN’s Designated Columnists and one of the minds behind The Platoon Advantage. Follow him at @commnman.