A look back at the 2012 performances of Ike Davis, Vinny Rottino, and Zach Lutz. But mostly Ike Davis.

Share All sharing options for: 2012 Mets Postmortem: First Base

2012 Postmortem: A position-by-position look back at the season with some preliminary thoughts on 2013. Plate appearances, OPS, and fWAR for each player represent statistics posted at all positions, not just the position in review. OPS is on-base percentage plus slugging percentage. fWAR is FanGraphs wins above replacement -- read more about it here.

Remember during spring training when Ike Davis was diagnosed with valley fever? It's the same Oregon Trail-sounding infection that Conor Jackson came down with a few years back, and he was never the same as a player. Following an injury-shortened but impressive 2011 (Ike hit .302/.383/.543 in 149 plate appearances), contracting something that Jackson once described as "mono on steroids" wasn't an optimal way for Ike to begin 2012. Still, he played most games in spring training despite the fever, and the episode was quickly forgotten heading into the season.

Ike finished spring training on a hot streak; he hit a homer in each of his final three games. Dreams of a breakout season for the 25-year-old were not unfounded. Those dreams were quashed in April and May when Ike racked up a ton of strikeouts, only a handful of home runs, and a lowlight reel of ugly swings-and-misses. He once swung at a pitch that hit him. On May 31st, his slash line was .170/.228/.296 with 5 home runs and 49 strikeouts in 171 plate appearances. Unacceptable for a starter at any position, much less first base. This wasn't one of those slumps where the player is hitting the ball on the nose and just getting unlucky; Ike looked completely lost. RIP Ike. 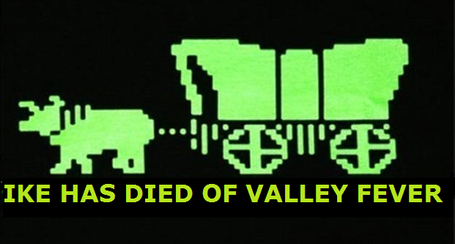 In early June, Chris McShane asked Amazin' Avenue readers if the Mets should send Ike down to the minors to allow him to try to work through his hitting problems. Over 90% of voters said "yes." I voted yes. At the time of the poll, Ike's OPS was .501. From that point through the end of the season, Ike's OPS was a terrific .906. Shows how much we know. Ike went on a power binge starting at the end of June, highlighted by a three-home-run game in Arizona in late July in front of his family and bros: 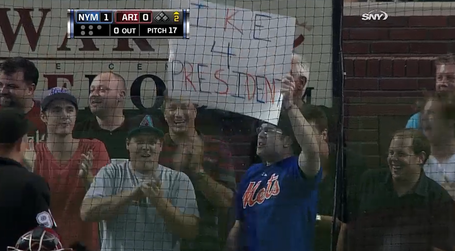 Ike homered in game 162 to give him 32 dingers for the season. That led the squad by a wide margin; David Wright was second with 21 home runs. For a team with a power deficit, the sight of Ike regularly launching 400+ foot bombs in the second half was welcome. Surely this is a young player that the Mets plan to insert into the starting lineup for years -- wait, what's that? A report that says the Mets might look to trade Ike and put Lucas Duda at first base? Sigh. Look, Ike has his problems. He struggles against lefties. He strikes out a ton and grumbles a bit too much about called third strikes. He may or may not love the night life to excess (Side note: Who doesn't? And "Smirnoff" Ike denied the accusations). But oh, that power. And his defense is still pretty good too, even after seemingly taking a small step back in 2012. I like Ike as a 3-4 WAR player going forward. I'm not as rosy on Duda.

Yes, the Mets should entertain any trade offers which might improve the team. If Ike could somehow bring back Justin Upton in return, that would be fantastic. But giving up Ike in a non f*ckin'-A trade and installing Duda at first base heading into 2013 would be a downer.

In a late September visit to the SNY booth, Sandy Alderson had this to say about Ike:

Ike's a valuable part of this team. One of the things we lack is power. For us to trade a guy that's hit 30 home runs, we better know where the next 30 are coming from.

Vinny Rottino signed a minor league contract with the Mets last offseason, having logged just 39 big-league plate appearances over a 9-season professional baseball career. After hitting well at Triple-A Buffalo, he was called up in early May and posted a slash line of .182/.308/.394 in 39 plate appearances while playing mostly first base and the outfield. He hit his first MLB home run against Padres lefty Clayton Richard and added another one two days later against Cole Hamels. It wasn't enough though, and Rottino was DFA'd in late June. The Indians claimed him off waivers. Keep an eye out for Rottino in the 2013 World Baseball Classic; he was Team Italy's starting catcher in 2009.

Zach Lutz has an attractive career Triple-A OPS of .899. He remains one of the best all-around hitters in the Mets' system. Unfortunately, he is injury-prone, isn't much of a fielder, and is already 26 years old. He went 1-for-11 this season, notching his first MLB hit against then-Rockies hurler Esmil Rogers in April. It's fun to follow Lutz's minor-league mashing in the daily farm reports but not much can be expected from him in the future. If only he could stay healthy.