Mets top prospect Jeurys Familia opened eyes as a flame-throwing September call-up in 2012. However, as a result questions abound regarding his optimal role in 2013.

Share All sharing options for: Jeurys Familia: Starter or Reliever?

In his very first cup of coffee in the big leagues last month, Jeurys Familia was intriguing to say the least. Despite the pedestrian 5.84 ERA in eight games, the soon-to-be 23-year old flamethrower used the audition to effectively declare his one of the most electric right arms in the entire organization.

Familia's dynamic stuff was on display throughout the month of September, most notably as he utilized his high-90's, hard-sinking fastball to confound opposing batters; see below (courtesy of Fangraphs' Carson Cistulli):

There's little debate -- from Carlos Lee or anyone else -- that Familia possesses a special fastball. It's the kind of offering that potentially makes an impact major leaguer on it's singular merits alone. Therein lies the problem.

As Mets fans know too well, a fastball like that is a blessing and, indeed, a curse. Fellow Dominican righty Jenrry Mejia almost certainly would never have experienced professional baseball, or any of the trappings that come along with it, were it not for his dynamic heater.

Yet the sheer effectiveness of the pitch carried him too high, too fast. Especially when measured against the conversely unpolished -- to put it nicely -- status of the rest of his abilities.

So now we face a similar question with Familia, whose own fastball now threatens to place him among the victorious 25 who head north next spring. It should be noted that -- like Mejia -- Familia also possesses a solid, if inconsistent, breaking pitch. His slurvy slider can be a very effective offering...when it's on; see below (again, thanks to Carson):

But that doesn't really point us one way or the other if we're trying to determine whether or not Familia belongs in a major league bullpen. Again, Mejia possessed a very promising and very inconsistent breaking pitch as well.

Despite the parallels, it's also worth pointing out that Familia's situation is not exactly the same as Mejia's. In short, Familia will be 23-years old next April, not 20. He may be wet behind the ears but he's isn't nearly as woefully underdeveloped as Mejia was.

Though that fact doesn't make me feel warm and fuzzy about his change-up currently lagging far behind his two other pitches. That would seem to point to relief work.

Additionally, many pointed out Familia's ability to go right at the first few batters he faced during his brief major league stint, a skill that would also lend itself to relief. However, the problem with that occurs when you extend the sample some. Throughout his 28 starts for Triple-A Buffalo the hard-throwing righty bucked the standard trends and actually pitched weaker earlier in the game, only to pick up steam into the later frames*: 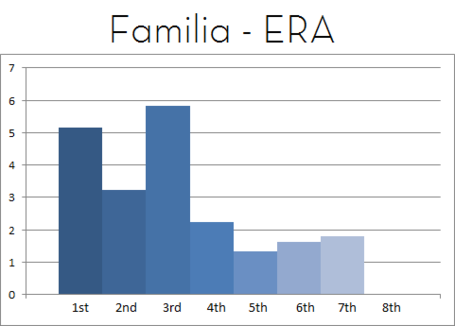 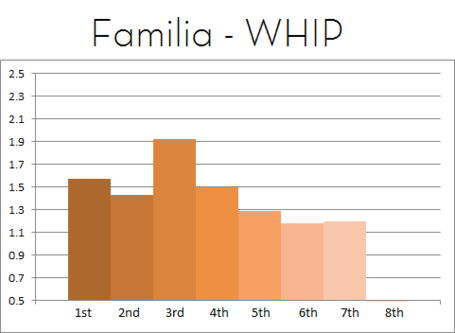 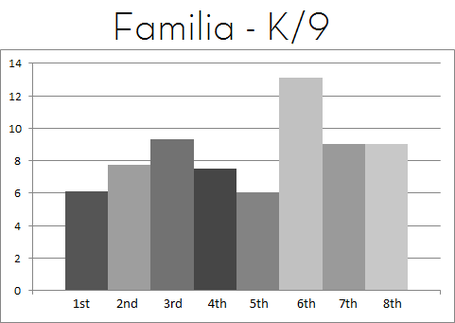 Does all that mean Familia can never be an effective reliever? Of course not.

Is it the very best sign? No, not really, but there are a good amount of ancillary factors muddying the waters here, first and foremost the common knowledge that starting pitchers approach a lineup very differently from relief pitchers.

But it does make you wonder if he's best suited where he's at. If it weren't for that pesky sub-par 2012 season. Most are quite down following Familia's latest campaign at Triple-A. And understandably so; a walk per nine near five isn't pretty, nor the 4.73 ERA.

However, there are some addendums to that season. First note the .333 BABIP, well above his career mark (.303). Somewhat subsequently, take note of that nearly one-run gap between his ERA and his 3.78 FIP. The last time he exhibited such a large variance between the two was 2010 in St. Lucie, where he came back and mowed down the competition out of the gates the following year.

Ultimately, where does he belong? Starting or relief? That's tough to say. Speaking from opinion I'd love to see him get at least a half-dozen starts in the minors no matter what. If only to see if he could replicate that sterling repeat performance in St. Lucie.

From there, if they want to bolster the bullpen, so be it. I could very easily see Familia filling a role much like that of generally valuable Rangers swingman Alexi Ogando. Like Familia, Ogando thrives by throwing fire complemented by a strong slider. He too features little semblance of an effective change-up. Again, generally a valuable player that the Mets -- as they are currently constructed -- would be thrilled to run out there.

But again, that's just one man's opinion. And that's not to even touch on the tricky Las Vegas factor. Or his unorthodox mechanics. So what do you think?