This week we'll take a look at the final numbers from the Arizona contingent while catching up with a growing number of Caribbean participants, including the World Baseball Classic.

Below you'll find the compiled winter league statistics for all Mets participants as of last night's action, as reported by MLB.com (click image to embiggen): 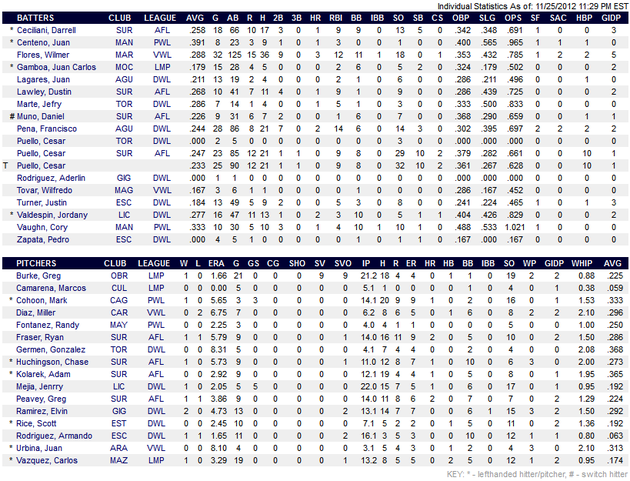