Join us as we check in on the Mets winter league progress, including the first start for Jenrry Mejia and the upcoming AFL Rising Stars game.

Below you'll find the compiled winter league statistics of all relevant Mets participants as of this morning, according to MLB.com (click image to embiggen): 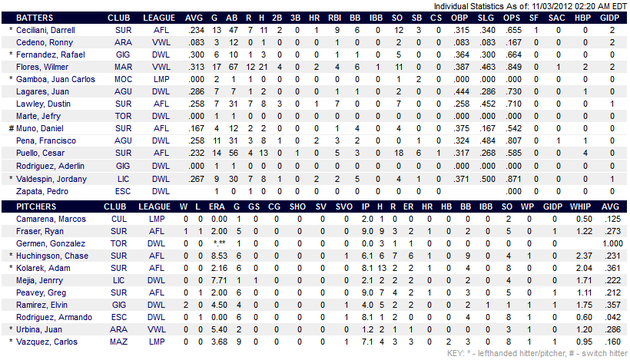 There's not a ton to report since our last temperature check as many of the most interesting names on this list —Juan Lagares, Aderlin Rodriguez, Jefry Marte — are not being featured in everyday roles. Additionally, nearly all of the active pitchers are being utilized in relief.

But there are a couple of interesting notes: